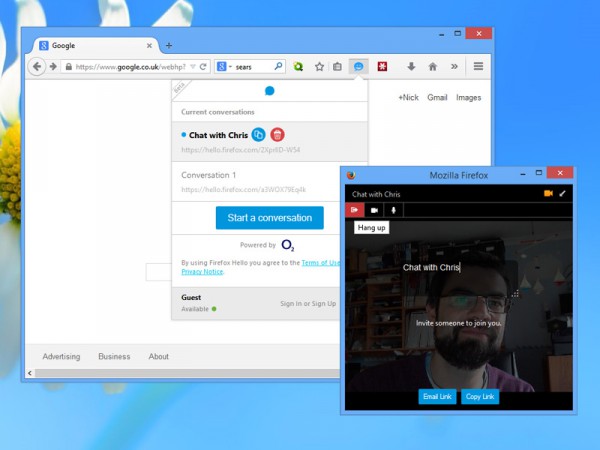 Mozilla has released Firefox 35.0 FINAL for desktop, with Firefox for Android 35.0 due to follow in the coming days.

The new chat model allows users to organize conversations and contacts into different groups, making it easy to keep track of existing chats and start new ones with favorite contacts. Firefox Hello – a rival to the likes of Skype – made its bow in version 34.

Version 35 also makes the Firefox Marketplace more accessible on supported platforms by placing it on the Tools menu and adding an optional toolbar button.

There’s a promise of improved responsiveness through better handling of dynamic styling changes, while encrypted connections are made more secure through the implantation of the HTTP Public Key Pinning Extension.

Added support for new HTML5 features include the enabling of CSS filters by default and the implementation of the Resource Timing API. Developers also gain support for the CSS Font Loading API and a new request/response headers view in the Network Monitor.

The update also contains a number of fixes, including reducing resource usage for scaled images and the updating of the PDF.js viewer to version 1.0.907.

Also due for release is the new Android build -- version 35 comes with the promise of an improved Mozilla geolocation service through sharing the user’s Wi-Fi and cellular signals. It’s an opt-in feature -- enable it via Settings > Mozilla > Data Choices.