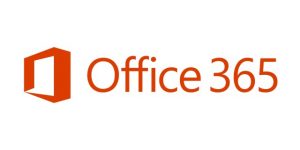 Stanford University is known for turning out some of the big names in the tech business. It's where two guys thought up the idea for a little search engine called Google. However, that doesn't tie the school to the service and Stanford is proving that with its move to a Microsoft platform.

It's certainly not the first educational institute (or business) to adopt Office 365 and Exchange. This latest move is slated to take place in the summer of 2015, though the work has already begun.

"Over the last several years, a team of University IT staff along with some of our campus partners conducted a discovery project to evaluate cloud email and calendar systems. After narrowing the choices to Google’s Gmail and Microsoft’s Office 365, University management determined that a hybrid solution consisting of Office 365 and an Exchange on-premise environment", the school announces.

Microsoft is, not surprisingly, claiming another victory. The software giant has a good product in Office 365, and it is in a battle with a rival over gaining support from both enterprise and educational institutions.

"The planned date for the migration to the new environment is July/August 2015", the university states. Students can expect to have access upon reporting for classes next fall semester. As for Exchange, it will only be available on an "exception basis". Otherwise it will be Office 365.

4 Responses to Stanford University moves to Office 365 and Exchange