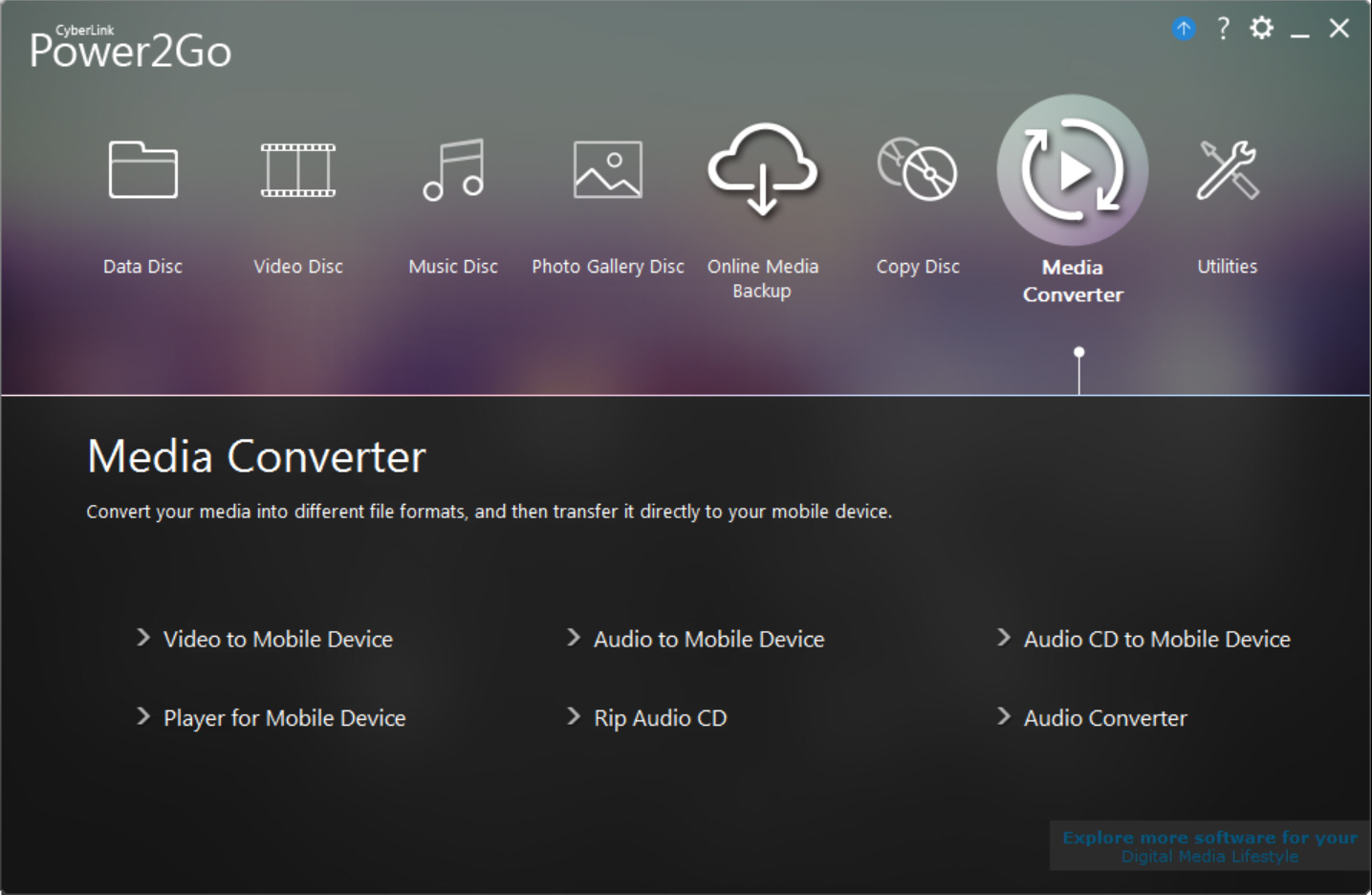 CyberLink has announced the release of Power2Go 10, its one-stop burning, backup and multimedia conversion suite.

The major new functionality is reserved for Power2Go’s Media Converter, which now provides over 150 profiles to help convert your media to a more mobile-friendly format.

While this isn’t in itself unusual, Power2Go can convert a wide range of media types, including ultra-high definition 4K video.

The package also has a feature called Smart Detect which recognizes devices as they’re connected to your PC, then automatically selects the appropriate output formats and resolutions.

As with previous releases, Power2Go 10 comes in three editions.

Power2Go 10 Essential is the baseline release, free to use but with extremely limited functionality: an ISO viewer and basic data and audio burning only.

If you’d like to know more than downloading Power2Go 10 Essential will get you a trial version of the Platinum release, reverting to the basic Essential edition after 15 days.