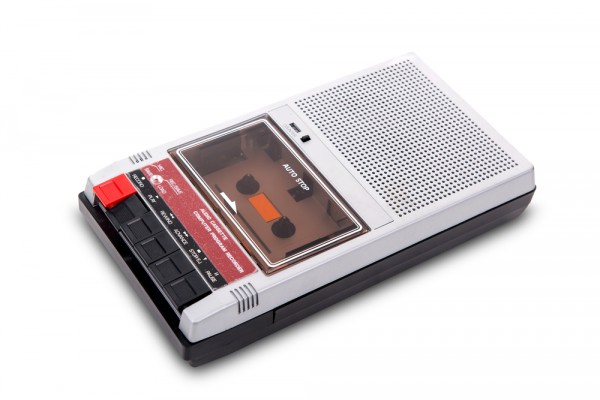 For anyone under 30 it may be hard to remember a time when you shared your musical tastes via mixtapes rather than playlists, when the top of every bus shelter was adorned by a broken cassette trailing yards of tape, and when loading a home computer program involved a tense few minutes hoping that you wouldn't suffer a read error before the end of the tape.

Well, prepare for a wave of hissing and clicking nostalgia as the cassette player seems to be making a comeback. According to UK catalog retailer Argos sales of cassette players over the past three months are 45 percent higher than the same period last year.

It's hard to see the cassette staging a comeback in the same way as vinyl records though and the trend is believed to be down to older users rediscovering their favorite music.

"We know that many of our customers have been buying cassette players for older friends and family to enjoy their favorite music from the 60s, 70s and 80s," says Argos audio buyer Rachel Bartram. "The devices also provide a great way of finding out about the lives of our loved ones when they were younger, from mixtapes created for friends to recordings of favorite radio shows, and even family events captured on tape".

It could be too that people are digging their old cassettes out of the attic before converting their musical memories to MP3. However, in the last couple of years indie bands including British Sea Power and MGMT have embraced the cassette and released material in the format.

Are you nostalgic for the hiss of a C60? Tempted to revisit your old mixtapes? Got a pencil handy to take up the slack? Let us know in the comments.