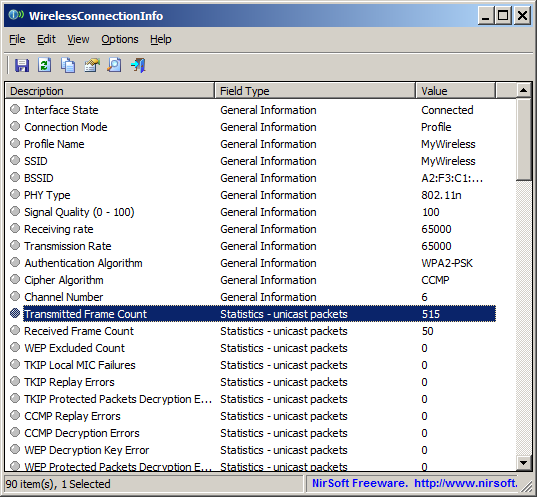 NirSoft has announced the release of WirelessConnectionInfo, a free tool which displays detailed stats on the active Wi-Fi connection under Windows Vista and later.

WirelessConnectionInfo allows its various details to be saved on demand as a text report, and there are also command line options enabling you to automate the process.

The program interface isn't ideal, particularly for real-time monitoring. You can't decide which values you’d like to display; there’s plenty of horizontal scrolling required to view everything, and you can’t stop monitoring on demand.

WirelessConnectionInfo is just a single executable, though, a mere 79.5KB in size, so limitations are probably to be expected. In reality the program does the job it's designed to do, providing an easy and portable way to view useful wireless statistics (though not on XP), and that's just about good enough for us.