Get OnePlus One without invite on January 20 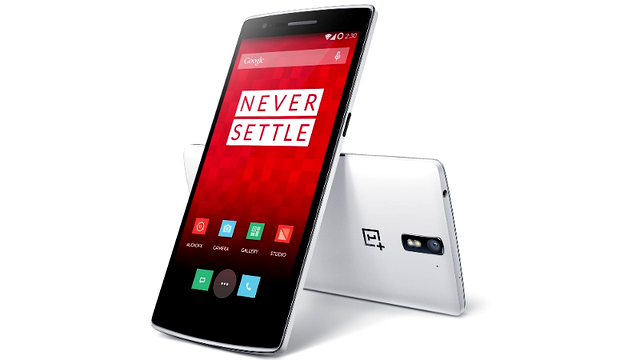 Selling your first smartphone through an invite-only system is a risky business model. Lots of things can go wrong, quickly, if it doesn't pique consumers' interest. For newcomer OnePlus it, however, worked out great so far. Its One "flagship-killer", which sold half a million units by early-November 2014, has received near-instant recognition from enthusiasts, despite being backed by a company that, at the time of its launch, was less than half a year old.

Since its launch, OnePlus also made One available to those without an invite, on a number of occasions. Things didn't go smoothly every time, as lots of consumers rushed to get their hands on the device, causing issues with the ordering system. If you were among the unlucky ones, or you are just now considering getting one, One (no pun intended) will once again be available sans invite tomorrow, January 20.

OnePlus has likely devised this plan so that interested users will not all be overloading its servers at the same time. Also, those are hours when lots of folks are home from work, and, most-importantly, awake, which makes this whole ordering process feel like less of the hassle that it is.

Judging by the promo for the no-invite One sales, OnePlus will also make accessories available to purchase on this occasion. Some of these include headphones, cases and USB cables. The version that OnePlus is showing in the promo is the Sandstone Black model, which comes with 64 GB of internal storage and a $349 price tag.

One Response to Get OnePlus One without invite on January 20