Hey Apple, you can learn a thing or two from Microsoft's Windows 10 event 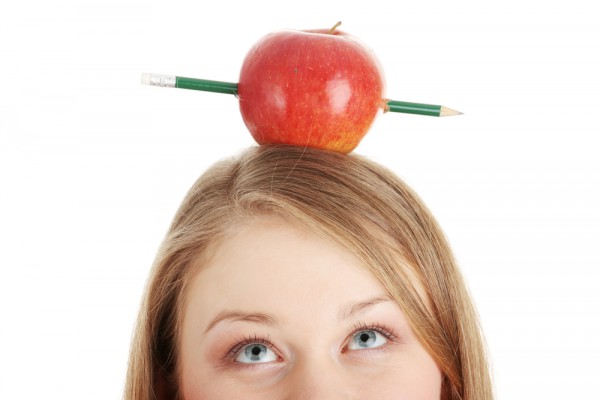 There once was a time when the entire world would anticipate an Apple launch event. While there is still some interest nowadays, much of it dissipated when Steve Jobs died. In other words, most of the magic was Jobs -- he was a genius innovator, but more importantly, an epic salesman.

Tim Cook is a nice fellow, but he just is not Jobs. Today, some of that launch event magic returned, but it was not by Apple and not in California. Nope, this was Microsoft's day to shine -- a sea change if you will -- as the winds of innovation came to the state of Washington. Unlike Apple, this is no one man show; Microsoft's presentation was a team effort, where products were more important than the presenter. I hope Tim Cook and the fruit-logo company were taking notes today.

Windows 8 was a consumer disaster, despite some people -- like yours truly -- growing to like it. However, it was a necessary UI change that signaled Microsoft's new approach to Windows. You see, whether you are on a tablet, laptop, desktop, or phone, the idea was to have a shared operating system and experience. It was and is a good idea, just poorly executed.

Windows 10 is here to save the day, however, and today Microsoft laid out the operating system for the world to see. Unlike Apple, there was no Jedi mind tricks by anyone a-la Steve Jobs. No, Satya Nadella and team simply presented a vision and told customers how the new operating system would help them. Unlike Windows 8, this new interface will be more reminiscent of previous version like XP, and 7.

So, why do I say Apple should take notes? Innovation. With Steve Job's death, innovation has all but disappeared from Apple. We are at the point where iPhones and iPads are just getting thinner, while OS X just gets prettier. It's all fluff.

Conversely, Microsoft is taking chances and actually innovating with new ideas and concepts. Did you hear all the chatter about Windows as a service? Apple wouldn't know services if it bit it on the buttocks. All of its services are half-assed; iCloud is an abomination.

Microsoft didn't stop at Windows and services, but new useful apps too, such as a new mail client and calendar. Not to mention Cortana integration in the operating system. Shockingly, Microsoft beat Apple in this regard, as Siri is still not in OS X. Quite frankly, Siri is rather useless anyway. As an iPad owner, I ask her the weather, and she can tell me that fairly well, but she is far too rudimentary to be useful on a desktop.

While iOS has some great casual games, Microsoft has one of the largest gaming brands and its own consoles with Xbox. Soon, Xbox One users will be able to stream games to their Windows machines. Maybe Apple will bring games to Apple TV one day. Angry Birds on the big screen... yawn!

More importantly, Microsoft took us to the future with things like Surface Hub and Holo Lens.

While Surface Hub will not likely be a home consumer product, it may have big success in the enterprise -- waters where Apple dare not tread. The closest Apple gets to the corporate world is executives on iPads and bulky keyboard cases. With Hub, Microsoft is actually addressing business needs and not just making a square executive feel hip with his tablet. Videoconferencing desperately needs innovation and Surface Hub is it.

The truly futuristic thing, however, is Holo Lens. A virtual reality / hologram product that makes Google Glass look like a turd. This was Microsoft's "One more thing" moment -- a cause for "oohs" and "ahhs" from an audience -- something Apple hasn't experienced in years. I don't expect anyone to be giddy over the rumored 12 inch iPad, sorry Mr. Cook.

Yes, Apple still makes a ton of money and has legions of loyal followers. True, Windows Phone is a laughing stock in the mobile world, commanding an inconsequential market share. With that said, Windows is still the number one desktop operating system, and that should only increase with the release of Windows 10 -- consumers are going to love it.

Apple innovated while Microsoft napped and paid dearly for resting on its laurels. The 2015 Microsoft is hungry again, however, and the tables have turned. It is time for the company to leapfrog Apple, which now slumbers -- hey, counting all that money is tiring.