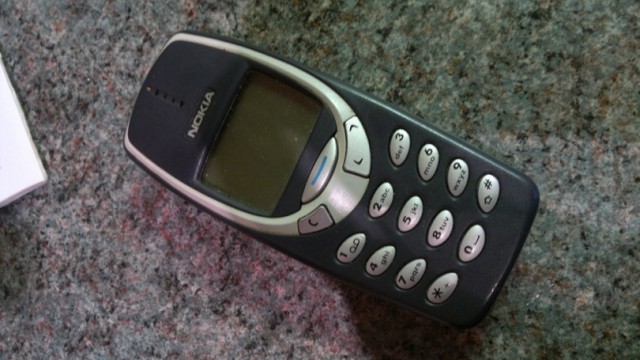 It’s weird to think that this time 10 years ago we still hadn’t been interrupted from our feature phones to grasp hold of Apple’s smartphone revolution, which in fact didn’t take place until mid-2007. Those gray (or off-yellow) and black tinged days when all we wanted to do was type a text that was longer than 161 characters and play games about slithery animals on small screens.

So grab a hold of your eBay account details as these five beauties will have you bidding on bricks to help you relive those days.

Before Motorola got swallowed up by Google, regurgitated, and then ingested by Lenovo it used to make some iconic handsets. The clam-shell was where it really stuck out against the likes of Nokia and Ericsson, and the StarTAC was the one that every remembers for its odd design that at one point looked like one phone giving a small baby phone a piggy-back. Motorola sold around 60 million StarTACs thanks to its lightweight and compact design, ability to send SMS text messages, and a vibrate alert.

We’ll move from there on to the only swivel mechanism phone on the list and also the only one to be named after another technological icon – the Sony Ericsson W550i (or Walkman550i). Yes this phone looked a little bit odd, to the untrained eye had no keypad, and had a carrying handle that would have only been of help to The Borrowers. It may have also been incredibly easy to break in two, but it was a neat phone. It did have a whopping 256MB of expandable memory, FM radio, a 1.3-megapixel camera, THREE speakers, and dedicated gaming buttons.

When you think of mobile phones that came out before the iPhone it’s hard not to dedicate the entire list to Nokia. The 5110 with its distinctive design that enabled owners to customise the facia was also the first one to feature snake as a playable game. It was a sad day when its three-year run ended in 2001.

If the 5110 built up Nokia’s popularity amongst most people, the 3310 took it onto another level. At the time it replaced the very popular 3210 and anyone at Nokia worried about what its replacement was foolish to think it would fail. The 3310 sold around 126 million units worldwide thanks to a series of handy features such as being allowed to send text messages that were three times longer than normal, voice dialing, Snake II (!!), custom ringtones and interchangeable covers.

Back in the 2000s was when BlackBerry or should I say Research in Motion, really meant something as a company. The iPhone hadn’t arrived and it was sitting pretty with its popular line of handsets that brought a QWERTY keyboard to the table that made the regular keypads favoured by its competitors pale into insignificance. There were plenty of different handsets that RIM pushed out and we’re pretty sure you have your favorite so fill in the gap here -- the BlackBerry ___ was one of the best.