6 technologies featured at CES that could disrupt businesses in 2015 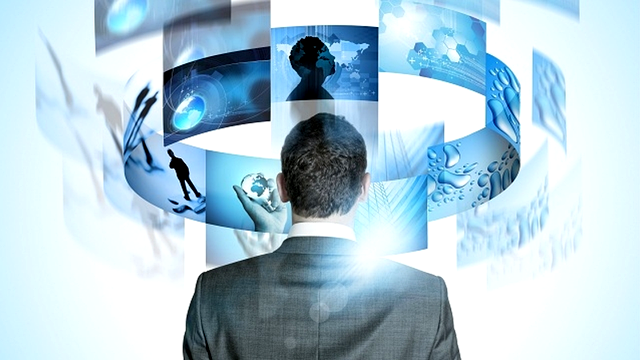 Every year in Las Vegas, the Consumer Electronics Show (CES) is the ultimate place to see what’s new in technology. CES showcases new innovative and next generation technologies -- It’s a global platform for innovation where cutting edge technologies are revealed to the world. And this year’s show didn’t disappoint. Smart homes, ever advanced wearable devices, wireless home entertainment systems and even personally owned drones all had top billing at the show.

However, whilst the gadget geeks there were clearly bursting with excitement, the network administrators/IT Professionals/IT Managers I’ve spoken to seem to be scared witless as reality dawns on the practicalities of all of this. Issues such as bandwidth hogging, security vulnerabilities and the headache of ensuring compliance were the main areas of concern voiced to me at the show. Here follows the six technologies emerging from CES with the most potential to disrupt the business and network:

1. The Smart Watch -- Control of Data

Given Apple’s announced intent in early 2015, there is no doubt that a big trend this year will be the wearable watch.

There are already a number of other popular watches on the market and with each launch, the technology becomes more user friendly.

Samsung introduced the Gear S at CES, which is ultimately a phone for your wrist. It features a SIM card, makes calls and connects to the Internet. With the Gear S, Samsung is making a very bold statement, which invites consumers to replace their phones entirely.

Similar devices, including Withings Activité Pop, Garmin Fenix 3, LG Audi smartwatch and Guess Connect, all encourage consumers to stay connected no matter where they are and through every hour in the day.

Although the wearable watch is, admittedly, a very exciting innovation ITDM’s need to be aware that, as employees bring these into the workplace and introduce them to the network alongside smartphones and tablets, the level of data control that they have is likely to reduce.

As fun as it is, overall, the wearable watch is likely to bring you a real IT migraine as it trends this year.

Intel CEO, Brian Krzanich, announced the Intel Curie Module in his keynote at the show. The Curie, a tiny low-power hardware module that could be used to build wearables out of things like rings, bags, pendants, or glasses.

Curie re-enforces the digital age reality that large concerns come in small packages, or "button-sized computers", as Krzanich describes his new technology that is scheduled to launch in the second half of 2015.

IT is becoming caught in a never-ending game of catch-up, trying to cope with new stresses on the network posed by seemingly invisible technologies.

Something tells me that this technology trend makes the bandwidth issue of employees streaming video and running iPlayer in the workplace the least of IT’s problems.

The trend of high-production, high-bandwidth usage technologies taking over the workplace is a very real possibility in coming years and needs to be accounted for.

Remember the Sony Walkman? No? Errr…must be my age then. It was book-like in size, took music cassettes and had brightly colored foam over-ear headphones.

Well, the newest addition to the Sony Walkman portfolio not only plays almost any audio format, it is laden with Wi-Fi capability, signifying yet one more example of technology set to infiltrate businesses.

Wireless audio is a trend that should concern ITDM’s as today’s Walkman doesn’t possess the simple speakers of yesterday. They are powerful devices capable of seriously draining Wi-Fi strength in the organization.

As fitness is getting uber smart with gadgets like the new heart-rate monitoring version of Fitbit’s fitness tracker, the health of the corporate network is set to take a pounding.

An increase in employee-controlled devices that have the capability to connect to a network means there will be more points of vulnerability and bandwidth usage.

Individually, their impact will be relatively small, the cumulative effect of these increasingly sought after and reasonably priced devices will have an impact on the enterprise network.

As history teaches us, what may start as a ripple, over time can become a tidal wave.  The joint effect is likely to create multiple points of access and vulnerability.

The IT department may need to review which types of gadgetry is allowed access to an organizations network.

Technology developments such as the Wocket, which swaps all your credit cards for just one all-purpose smart card, are breaking into the market. As e-wallets become more popular, more employees will try to integrate them into the business network.

This runs a real security risk as your customer data becomes vulnerable to being shared in places it shouldn’t, creating a nightmare for those responsible for compliance.

So, as another groundbreaking CES fades into the memory, amongst the very many excited faces headed back to their day to day lives, I also see a few showing the lines of concern.

I’m sure that none of these issues are challenges that can’t be overcome, however, they need to be acknowledged and addressed before they become out of control.

Alessandro Porro is vice president of International at Ipswitch.