Virtual reality vs augmented reality: which will achieve mainstream success? 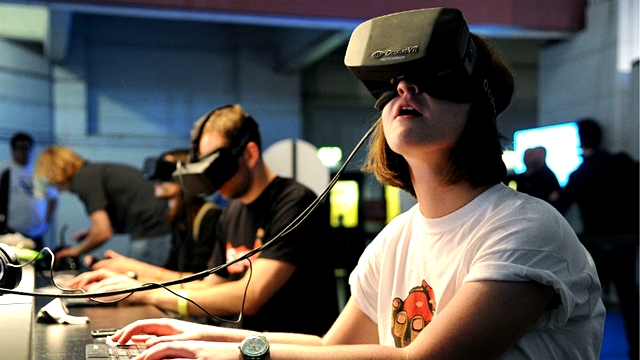 Both virtual reality and augmented reality attempt to immerse the users in ways that detach them from the real world, but the subtle differences between the two concepts may ultimately decide which, if either, becomes a mainstream success. While virtual reality or VR devices create a completely fabricated world for the user to inhabit, augmented reality (AR) creates a blend of real and virtual, with the user clearly able to distinguish between the two.

Despite both technologies being able to trace their lineage back more than 40 years to the early VR headset the Sword of Damocles, neither has found widespread traction with consumers. While there has been no shortage of failed attempts in the past, ranging from Nintendo’s Virtual Boy console to the Sensorama multimedia device, successes have been short-lived or non-existent.

However, with technology giants backing virtual reality through Facebook’s Oculus and Sony’s Project Morpheus and augmented reality gaining more and more apps every day, now could be the time for these technologies to experience the kind of success that has so far eluded them.

In terms of similarities and differences between AR and VR, the latter often requires a substantially larger piece of hardware, as it must block out the user’s real-world surroundings to create a sense of complete immersion. Early headsets were often cumbersome and left wearers feeling nauseated and unwell. AR meanwhile, has seen more recent growth through smartphone apps like Wikitude World Browser and Google Ingress. VR is currently trailing augmented reality, as the latter simply requires a display, camera and motion sensor, all of which are carried by millions in their smartphones.

Many people also give augmented reality the edge over its virtual competitor, because they see VR as simply a video game accessory -- a 21st century Virtual Boy. However, Oculus founder Palmer Luckey believes that his device has a huge variety of applications.

"Gaming is just about the only industry that has the set of tools and skills needed for VR. At its core, VR is an extension of gaming," he said during a talk at the CES show in Las Vegas. "But it’s the idea of digital parallel worlds, allowing people to communicate and do things in a virtual world. Most don’t spend the majority of their time playing games now, and I can’t see that changing with VR -- gaming is not the end game".

Perhaps stemming from the somewhat anti-social reputation of gaming, the predicted rise of virtual reality has also been criticized as encouraging isolation and cutting-off individuals from the real-world. If either VR or AR is to overcome this perception, organizations will instead have to show the potential these devices have to connect individuals in ways that are currently impossible. The possibility of using a VR headset to experience an event, such as a friend’s wedding for example, which you are unable to attend in person could help change negative opinions of these growing technologies.

The future of both virtual and augmented reality hangs in the balance. While smartphones have provided an affordable entry point for AR applications, surely the next step is to get consumers interested in bespoke AR devices like SixthSense.

Virtual reality meanwhile has often failed to live up to expectations, but recent developments suggest that this is about to change. VR is no longer the dream of sci-fi obsessed computer geeks, but a technology receiving some serious financial backing. Facebook were willing to spend $2 billion on acquiring Oculus, while Sony, Samsung and perhaps even Apple are also preparing to enter the market.

Moreover, real-world applications for VR technology are already in development, such as the startup using VR to help patients suffering from a "lazy eye" and scientists using headsets to further their academic research.

The question of whether virtual or augmented reality is likely to become a commercial success is a somewhat disingenuous one. Just as AR blends real and manufactured, ultimately the technology behind both VR and AR is also likely to become one. Consumers of the future are unlikely to have to choose whether they want a virtual reality or augmented reality device, but instead whether a VR or AR experience is what they want from a particular headset or wearable gadget.