Thanks to Snowden, NSA-GCHQ surveillance data sharing is now legal 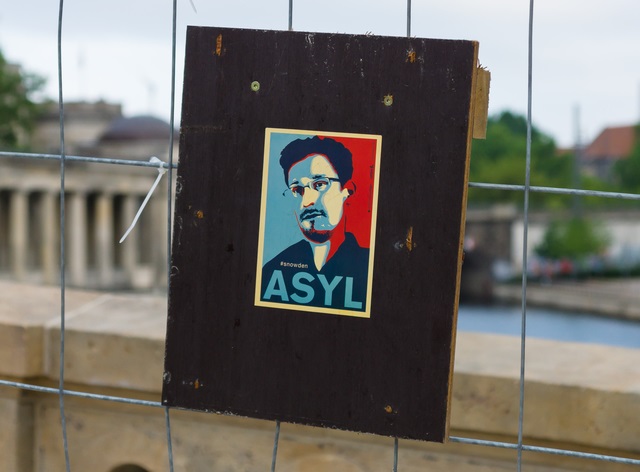 A secret UK court has ruled that the UK's intelligence agency GCHQ acted unlawfully by intercepting information gathered by the NSA. Investigatory Powers Tribunal said that because the rules surrounding the UK’s access to the NSA's PRISM and UPSTREAM program data were secret, data sharing between the US and UK was illegal. A case has been brought against GCHQ by Privacy International, Bytes for All, Liberty, and Amnesty International.

But while the IPT said that accessing this information breached human rights laws this is no longer the case. Why? The illegality of sharing data collected through these surveillance programs centered on the very fact that they were secret. In blowing the whistle about what the NSA was doing, Edward Snowden unwittingly made this data sharing legal. Whoops.

The IPT's ruling states that GCHQ's access to NSA data was illegal before December 2014, but after this time the documents revealed by Snowden has brought the sharing of gathered intelligence to the public attention -- it is now legal. The activities of the NSA are now something we are all too aware of. This is largely thanks to the revelations made by Snowden which led to a massive surge in public interest about government monitoring of web usage.

Few would have suspected, however, that the documents leaked by Snowden would end up making the activities legal. The new ruling says that

...prior to the disclosures made and referred to in the Tribunal's Judgment of 5 December 2014 and this judgment the Prism and/or Upstream arrangements contravened Articles 8 or 10 ECHR, but now comply.

So when we didn’t know about what was going on, it was illegal. Now that we do know about it, it's legal. The ethical and legal rights and wrongs of the surveillance have been questioned by many, and today's ruling will do little to silence those opposed to what is going on. Deputy director of Privacy International, Eric King, said:

The only reason why the NSA-GCHQ sharing relationship is still legal today is because of a last-minute clean-up effort by Government to release previously secret 'arrangements'. That is plainly not enough to fix what remains a massive loophole in the law, and we hope that the European Court decides to rule in favor of privacy rather than unchecked State power.

Privacy International and Bytes for All are now calling for the deletion of all data collected before December 2014. The two groups will also continue to fight against GCHQ access to NSA-gathered information, and the ruling is seen as being very bittersweet. James Welch, Legal Director for Liberty, said:

We now know that, by keeping the public in the dark about their secret dealings with the National Security Agency, GCHQ acted unlawfully and violated our rights. That their activities are now deemed lawful is thanks only to the degree of disclosure Liberty and the other claimants were able to force from our secrecy-obsessed Government [...] The Tribunal believes the limited safeguards revealed during last year's legal proceedings are an adequate protection of our privacy. We disagree, and will be taking our fight to the European Court of Human Rights.

20 Responses to Thanks to Snowden, NSA-GCHQ surveillance data sharing is now legal

New solution improves visibility and security in the cloud

Over half of healthcare apps have a serious vulnerability