UFOs meet the DMCA via an unlikely source -- Ancestry.com 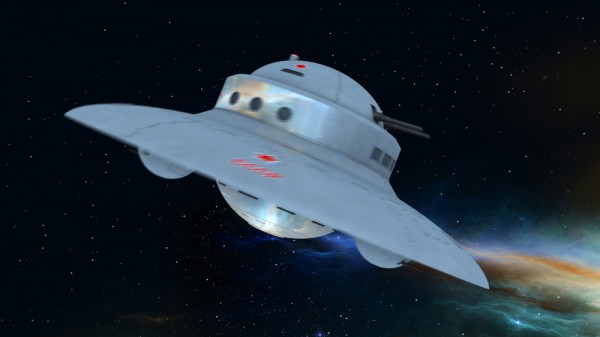 The DMCA has been the subject of controversy since it was passed, being used and, in many cases, misused to try and take down content. Now we encounter what may just be the strangest example of misuse. Alien visitors, or at least the investigation of their possible existence, have run up against genealogy website Ancestry.com. Talk about strange encounters!

The behemoth of the genealogy industry is strong-arming The Black Vault to take down records that are in the public domain. On the surface this may seem like a laughable claim, but the company is actually serious about it.

The Black Vault posts, among other things, public domain documents relating to Project Bluebook, a US Air Force investigation into flying saucers and aliens. That project has long since been closed and records have fallen under the Freedom of Information Act. However that didn't stop Ancestry.com from ordering them removed. The reasons aren't exactly clear, perhaps we're descended from ancient aliens and the service wants you to pay to find out? I kid, of course, but the whole thing seems that extreme.

According to John Greenwald who runs The Black Vault, "It is with great frustration to announce, that Ancestry.com, and their subsidiary Fold3, has laid down a claim to copyright on the Project Blue Book material -- which has long been labeled as “public domain” by the National Archives and Records Administration (NARA). Ancestry.com is claiming ownership to the digital version of this material -- despite me having records that Fold3 doesn’t even have in their archive and I received under the FOIA starting back in 1996.  They simply claimed it was 100 percent theirs and I was forced to remove it".

In a statement received from Ancestry.com, Motherboard was told "[Greenewald] can go over to the national archives and digitize the records, but he used our copies. We asked him to take them down, it’s a permissions issue".

What exactly a genealogy site wants with records of a UFO investigation isn't clear. Perhaps it made a deal with those little green men to get exclusive rights.

3 Responses to UFOs meet the DMCA via an unlikely source -- Ancestry.com