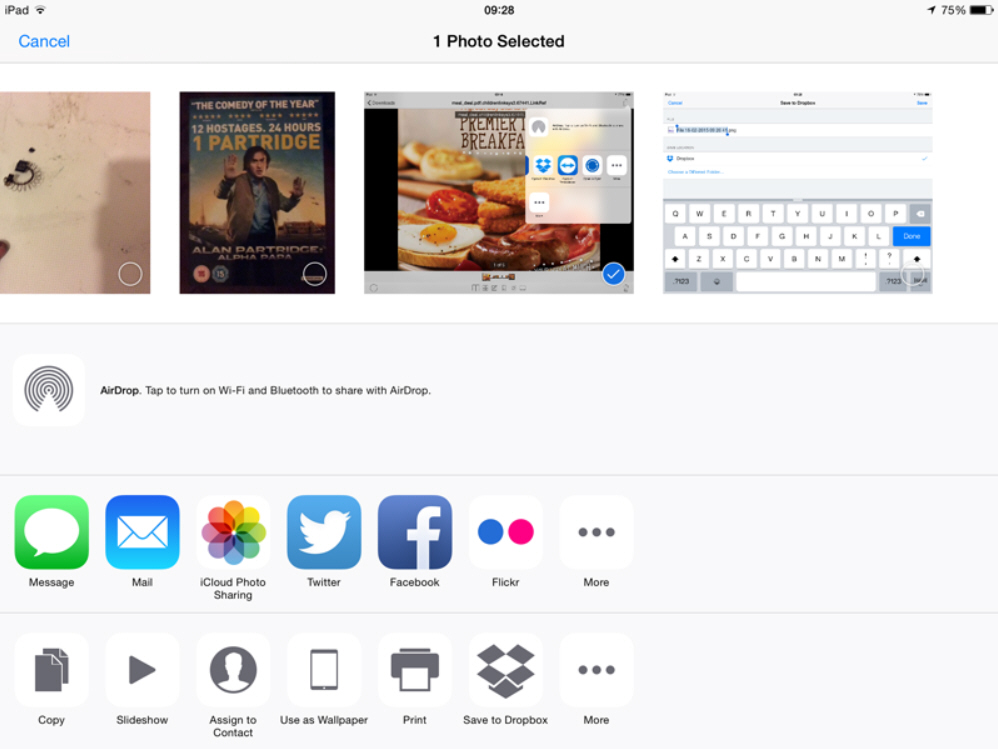 Dropbox has unveiled Dropbox for iOS 3.7.0, a major new version of its client for iPhone and iPad. The new release adds a single feature to its roster, one that requires iOS 8 in order to work.

The feature in question is the addition of a new action extension, which allows users to save files straight to their Dropbox storage from within selected other apps without first having to open Dropbox itself.

Once installed, users will need to first enable the action extension -- navigate to any supported app, such as Photos and tap the Share button. Tap the More… button in the bottom row and flick the "Save to Dropbox" switch to "On".

Users will now see the new option appear in the list. Tapping this opens a dialog displaying the filename and selecting the root Dropbox folder as the default location to save to -- tap the filename to rename it, or tap "Choose a different folder…" to save the file to a specific place. Once done, tap "Save" and the file is uploaded before the user is returned to the app they were previously using.

Version 3.7 also includes a number of fixes and improvements related to the moving, deleting, printing and exporting of files.  Also improved are previews of RTF files and the handling of password-protected files.

Dropbox for iOS 3.7.0 is available now as a free download for iPhone, iPad and iPod touch running iOS 7.0 or later. The new action extension requires iOS 8; iOS 7 users can still use the old "Open in Dropbox…" option from the Share dialog to transfer files to the Dropbox app for uploading.