Neptune Duo turns the smartphone/smartwatch relationship on its head 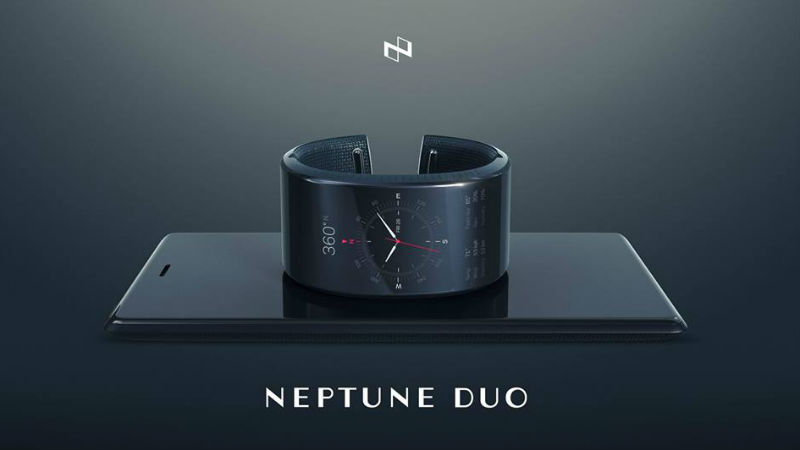 Neptune Duo is an interesting smartwatch/smartphone concept that flips our traditional view of the wearable tech on its head. Ask yourself: What’s a smartphone, and what’s a smartwatch?

Most of us (I dare say almost everyone) thinks of a smartphone as a mobile computer, small enough to fit in your pocket, but large enough to watch videos, even movies on it, write emails, chat, talk to your friends, all that jazz.

Smartwatches on the other hand (no pun intended) are nothing more than a watch with a display, capable of reading out notifications without the need to pull the phone out of your pocket, and stuff like that.

Well, Neptune thinks otherwise. The company believes it’s the watches that should be 'smarter' than the phones, so it built the Neptune Duo -- a duo in which the smartwatch rules, and the smartphone is basically nothing more than a monitor, capable of doing a thing or two.

I find it to be a very interesting concept, one that just might prove revolutionary -- the display and the processor are the two biggest power consumers on the device, and if you split them up on two devices, you just might get a smart 'hub' where the battery can last for a few days, and still be as powerful as any device, and have a pumped up display.

The wrist wearable packs a quad-core CPU, 64GB of storage, 4G, Wi-Fi, NFC, Bluetooth and a raft of sensors all hidden behind its 2.4-inch capacitive display, while the phone gets a 5-inch 720HD display, a duo of cameras (8MP and 2MP) and -- 2,800 mA/h battery. The makers say the duo can last "a few days" of "normal usage" on a single charge.