You talkin' to me? Apple goes 'Taxi Driver' in latest iPad ad narrated by Martin Scorsese 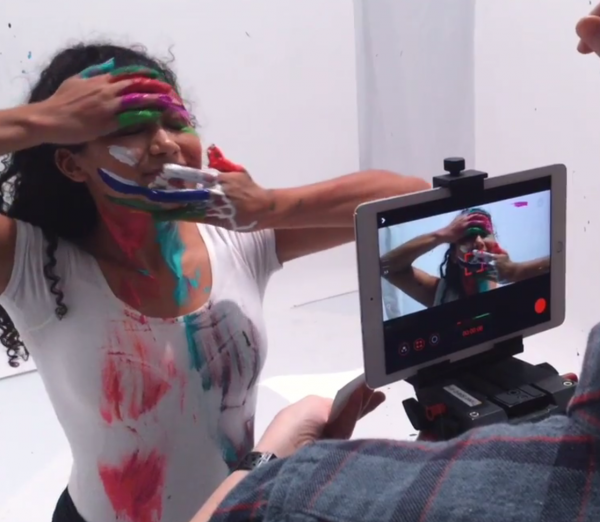 Martin Scorsese is a damn good director. He is behind such classic films as Taxi Driver, Raging Bull, Casino, and Goodfellas. As a New Yorker of Italian heritage, I pretty much have to like the guy. Not all of his work is gold though. Bringing Out the Dead is a personal favorite, though not a classic. I downright hated Gangs of New York and The Departed, but people seemed to enjoy those, so what do I know?

What I do know is that Apple has tapped the man for its latest iPad advertisement. Titled "Make a film with iPad". The one minute video is narrated by Scorsese, although he is never seen. This is probably for the best, as his signature unwieldy eyebrows might scare Apple's hip demographic.

The gist of the commercial is that a teacher or professor has assigned his or her students an assignment of "Make a Film With iPad", which is due on Monday. Unlike me, these kids are not slackers, so they actually choose to do their homework and create videos.

The students choose to do videos about aeronautics, dancing, painting and good ol' fashion film-making. All the while, Martin Scorsese offers words of wisdom with a piano track behind him.

Is the advertisement / commercial a good one? I find it to be a bit lacking in Apple "magic". Ultimately, some of the students have access to so many additional accessories and much more equipment, that the average home user may not be inspired by the iPad alone. In other words, will someone see this and become so inspired as to run out and buy an iPad? I don't think so.

Please watch the video above and let me know what you think in the comments.