There's something HTC should learn from the M9 launch 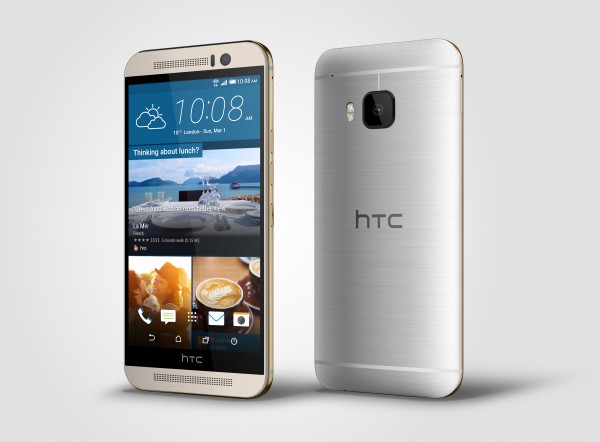 Some advice for HTC and other mobile device makers: You need to adapt your PR strategy to the modern web. Seeding devices to so-called professional reviewers is a lose-lose strategy. There you should take cues from Motorola, which marketing strategy, while by no means perfect, depends more on the many rather than the few.

Today, as expected, the HTC One M9 launched on Mobile World Congress Day 0. I am struck by two early reviews, which couldn't be more different in their assessment—and one surely is quite damaging to perceptions about the smartphone: "HTC One M9 hands-on: Improved craftsmanship, camera, and HTC Sense are compelling" by Matthew Miller for ZDNet and "HTC’s One M9 is the world’s most beautiful disappointment" by Vlad Savov for The Verge. Miller had the device for a day and Savov for a week. Neither narrative is ideal for HTC, although ZDNet's is closer to identifying benefits that matter, as opposed to The Verge highlighting features that aren't.

Phablets and smartphones are the most personal computing devices anyone has ever purchased. Personal is the keyword. What appeals to one buyer won't to another, when comparing benefits. But benefits often are lost in the quest for features, something to many geek bloggers or reviewers obsess about. As I have repeatedly expressed as analogy: The holder that wraps around a Starbucks cup is a feature. Protecting your hand from burning is a benefit. While related, the two are different.

Problem: Carrying forward PC-era thinking, too many professional reviewers obsess about specs. Faster this. More that. But what matters more is the balance of benefits—how all the pieces fit together. To its credit, Apple is among the best mobile device makers with respect to balancing benefits rather than over-emphasizing features—many of which people don't need or will use. Motorola gets this, too, but does better in social marketing.

Ahead of today's  M9 launch, HTC faced several challenges. The most difficult: Crazy rumors driven by click-crazed blogs like BGR that set expectations either too high or too low. Too high is the problem, because people expected more getting less will be disappointed.

In reading the two reviews, Miller better sees the benefits for what they are and in the broader context of HTC's sensible strategy for the One. Savov represents the disappointed camp. But neither really gets to the benefits that matter to the broadest group of potential buyers.

Here's example of how the reviewers differently see the HTC phone. Savov writes:

I don’t find the new One M9 more desirable or ergonomic than the iPhone 6. The sharper contours of the M9 feel less refined and less friendly to the palm, while its prominent BoomSound speakers extend its height without adding anything as useful as Apple’s Touch ID home button.

HTC has reached a high level of emotional appeal again with the One M9 design. While the edges may be a bit sharp for some, the M9 feels much more secure in my hand than the M8...I dropped the HTC One M8 quite a bit and still find the need to carry it in a case since it is very slippery. The M9 fixed that with less back curvature and sharper edges while also improving the rock solid feel of the hardware.

In reviewing iPhone 6, I faulted Apple for the curvy frame that helps make the device unnecessarily slippery. How well a mobile grips in the hand, thus preventing drops that break the screen, is a huge benefit. Something else: Many users will want front-facing speakers—something not available on the Apple handset.

Since the Pros Aren't...

The strategy of seeding phablets or smartphones to tech bloggers is archaic. For starters: There are no cellular device experts. But there are plenty of geeks obsessed about features, or whose device bias preferences taint their reviews. How can the iPhone 6-using reviewer really be fair when evaluating an Android, for example. These writers cannot be trusted to be impartial, and I don't mean Miller or Savov but everyone. Their writeups are just examples.

By contrast, Canon or Fujifilm can seed cameras to photographers, who are more likely to rightly assess benefits. They are experts. But even their opinions are skewed, because most people buying digicams are amateurs. The benefits they need often differ from the professionals.

Companies like HTC need to get their products in front of real people across different demographic groups before launch and more aggressively promote the honest writeups via social media. Not everyone will like the devices, but the reviews are likely to be believable. Where do you go to research something before buying? Me: Amazon, other retail sites, and product communities to read what real users have to say.

Of course, those aren't available when something new is launched, but some can be if a product is made available to a larger group than select reviewers. Sure, some information will leak out. Let it. Rumors will fly anyways, and it's better they realistically set expectations rather than over-inflate them.

I like how Motorola maximizes social sharing, as well as so-called professional reviewers, in introducing new devices and churning up ongoing interest. The strategy is broad, ranging from the choices given to consumers customizing devices, to frequent YouTube video posts, or to short-time sales events that keep people sharing online about devices like Moto X.

As I often say, enthusiasts are every company's best evangelists and marketers. Motorola embraces them, and could do better by offering more of them discounted or free devices, while reaching out to others ahead of device launches. These people also are a lot closer to the average buyer than geeks writing for gadget blogs.

I'm being a big vague about Motorola's social marketing approach, saving the punch for a separate post. But the point is this: Companies like HTC can't trust so-called professional reviewers to either be objective or to examine products based on benefits that matter most. So don't.

You think you need the so-called pro reviewers to promote your product. Actually, they need you more. Because if they don't have devices to write about, their readers, listeners, or viewers will go somewhere else. Change the rules of marketing engagement, by better embracing the people who will buy your products. I'll have more to say about this in a future post.