Google+ to split into Hangouts, Photos, and Streams 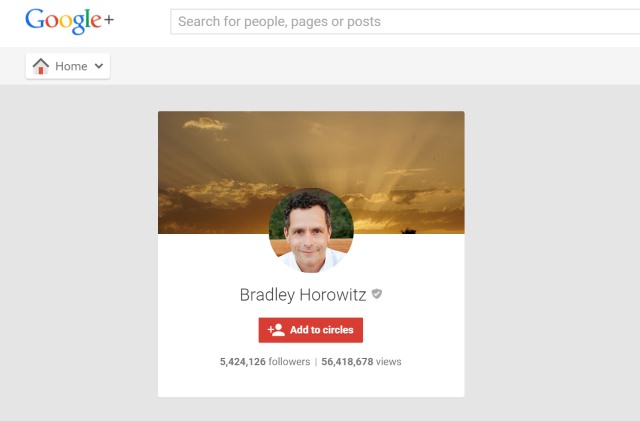 It's fair to say that of all of the social networks there are to choose from, Google+ is one that has failed to set the world on fire. Facebook may annoy users from time to time but it dominates the social web, and Twitter has carved out a healthy niche for itself as well. But Google is, uncharacteristically, unwilling to give up on Google+ just yet.

In what seems to be an attempt to breathe new life into a flagging product line, Vice President of Google, Bradley Horowitz is taking control. Interestingly he is not looking after Google+ as a whole, just a couple of its branches. Announcing the news, he said that the recent rumors surrounding Google+ splitting up are true.

Talking to Forbes recently, Google's Senior Vice President Sundar Pichai suggested that Photos and Hangouts might soon been separated from Google+, saying, "I think increasingly you'll see us focus on communications, photos and the Google+ Stream as three important areas, rather than being thought of as one area".

Just wanted to confirm that the rumors are true -- I’m excited to be running Google’s Photos and Streams products!  It’s important to me that these changes are properly understood to be positive improvements to both our products and how they reach users.

Judging by the reaction on Google+, the announcement has been very well received. Horowitz's new role, as well as the splitting of Google+ into a trio of services, gained a positive smattering of comment, and many commenters said Horowitz should have been the man at the top of the social network from the beginning. No details have been provided about any changes that might be on the cards, or when we could expect to see evidence of the split.

5 Responses to Google+ to split into Hangouts, Photos, and Streams