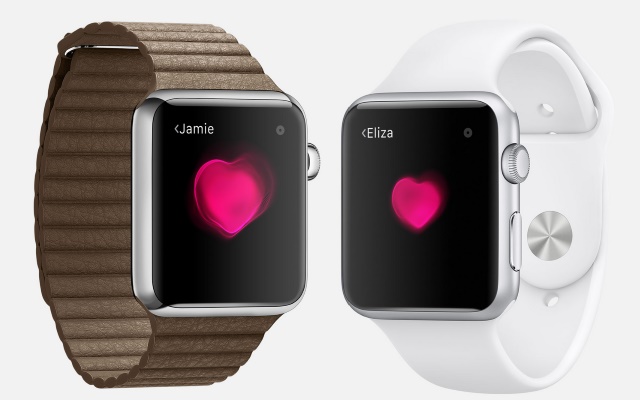 For many people, Apple has long been seen as a company that pumps out expensive products. Today this view was crystallized with the release of the Apple Watch. The Apple Watch Edition, crafted from 18 karat gold has a starting price of $10,000. But if this is a little beyond your reach, there are other options to choose from.

Starting at the more reasonable $349 for a 38mm model, or $399 for the 42mm model, the aluminum Apple Watch Sport is the entry-level version and the one which is likely to sell in the greatest numbers. There's also the eponymous stainless steel Apple Watch which starts at $549 for the 38mm model and $599 for the larger version. Was it worth the wait? Tim Cook would certainly like you to think so.

While the limited edition Apple Watch Edition is clearly aimed at a relatively small cross-section of society, the other models have far broader appeal. That's not to make light of the $349-549 starting prices, but they’re certainly more accessible. Base-unit aside, the price you pay is also determined by the band you opt to use to strap the watch to your wrist with. Plasticky sport bands, leather straps, metal bands -- all have different pricing. In all, there are 38 combinations to choose from.

Further customization is possible through the use of changeable faces, but apps are what Apple is building the Watch range on. This is, at heart, a watch used for timekeeping, but it has been infused with iOS to create a wearable that Apple would like to see blow Android Wear out of the water. Of course, there is also competition in this market from the likes of Pebble, Basis et al, but Apple's offering is something really rather different -- something with the Apple ecosystem behind it.

Apple Watch is like a permanent lock screen, constantly displaying certain information depending on the face you've opted for. You can swipe through various screens -- called Glances -- to see the weather, your schedule for the day, and other notifications. Talking of notifications, anything you can see on your iPhone (and you'll need an iPhone 5 or newer) can be seen on your Apple Watch. You'll probably want to avoid getting overwhelmed with too many pings throughout the day (or taps delivered by the Taptic Engine), so you can choose to filter which ones appear on your wrist. Faces feature support for 'complications'. These are little extras that appear alongside, or within, the watch face to display more information -- perhaps the date, the temperature, and so on.

At the launch event, Apple very pointedly focused on what the Apple Watch does rather than what it is. No mention was made about the hardware within the case. You can send messages and doodles to other Apple Watch owners, make and receive phone calls through your wrist (if you feel so inclined) and, of course, track just about everything you could possibly want to know about your activity levels. Should the Apple Watch determine that you are not active enough, you'll be informed that you need to stand up -- prepare to be told off by your watch if you are the sedentary type.

Apart from the price tag there was one thing that people were eager to hear about Apple's timepieces -- battery life. Apple promised that the device delivers "up to 18-hour all-day battery life", but there is the caveat that actual performance will depend on usage. While not terrible, there are other smartwatches that last for longer between charges, and it's fair to assume that the estimate is on the generous side to start with.

The Force Touch found on the new MacBook is also present on the Apple Watch. This feature can tell the difference between a finger tap and a press, allowing for more gestures and new ways to interact with the operating system. As this is a watch, there's a traditional crown which provides yet another way to interact with apps. The benefit here is that by using the crown it is possible to use an app without the problem of hiding the screen with your fingers.

Pre-orders for all models open on April 10, while units ship from April 24. The Apple Watch will be available in Australia, Canada, China, France, Germany, Hong Kong, Japan, the UK and the US.