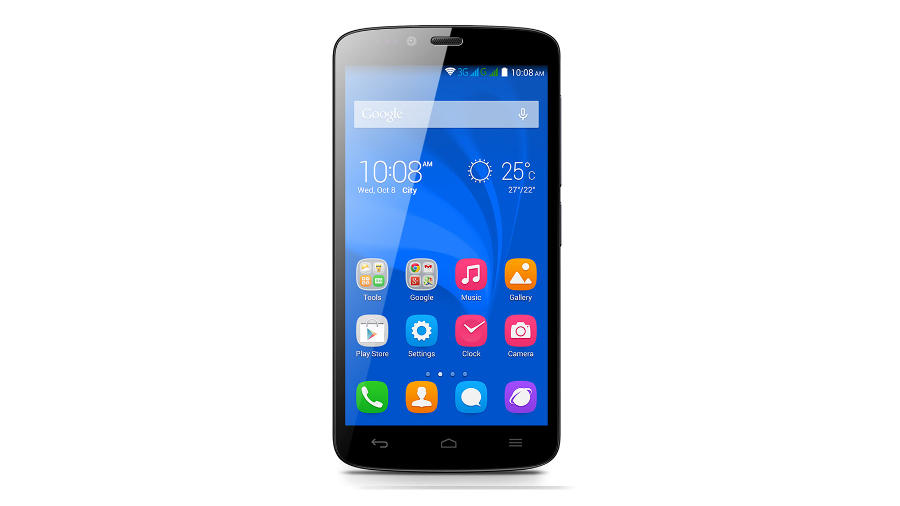 If I wanted to pinpoint the most important development in the smartphone sector in the last two years, it would probably have to be the rapid rise of Chinese manufacturers. Huawei is one of the companies that has forced the mighty Samsung to consent to a rapidly declining market share in the huge Chinese market. Now it is going even further to conquer the world.

The Huawei Honor Holly that I review here is a typical example of what is on offer. It signifies what consumers in rising Asian markets want most: A large screen and good performance that will allow operation as the user’s only device. Let’s take a closer look.

Apart from the unusual name, the Honor Holly actually looks pretty good and rather normal. The 5-inch screen is surrounded by a thick bezel that makes it look like a larger device, taking it very near the dimensions of an LG G3.

A thickness of 9.4mm is reasonable and the weight and feel in hand are pretty good. The overall good impression is somewhat limited by the cheap-feeling white glossy lid that can be slippery and easily reveals dirty marks.

The button arrangement consists of the power and volume rocker buttons on the right side. They are both easy to find but given that the power button is the only way to wake up the device, I found it easy to accidentally hit the volume button.

It would perhaps be better to have a smaller and less protruding rocker button or have it on the opposite side altogether, but all-in-all, I have no real qualms about the design. 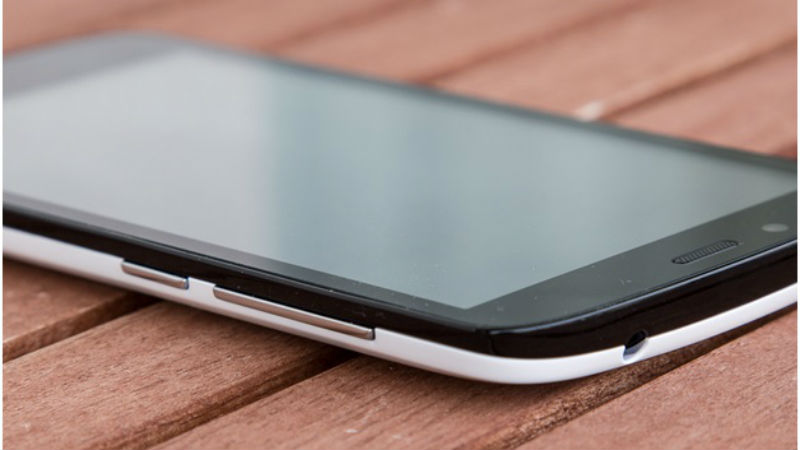 The overall good picture continues literally with the screen. It is an IPS LCD display which, at 5-inches in size, is plenty big enough and in line with most other current smartphone models.

To be honest, it is not as crisp as a Samsung AMOLED and lacks brightness where it needs it most under strong daylight conditions. A 1,280 x 720 pixel resolution is by no means impressive, but at 294 ppi it never feels uncomfortable.

One grumble that I have does not have to do with the screen itself but with the touch buttons below it. These are not backlit, something I found out the hard way after searching in vain for their activation in the display settings during an evening event with little lighting.

It is not a major issue but can be very annoying as there is no mechanical button (apart from the last resort of the power button of course!) to look for. Definitely a feature that should be added in the next model

The camera is a typical 8-megapixel unit with LED flash that utilizes the stock OS photo application.

There is nothing wrong with this of course as features like touch focus, geotagging and panorama stitching come as standard. Those craving additional features like HDR will be forced to resort to the app store.

Picture quality is not the best but satisfactory under good light conditions. The main negative point is overly saturated colors. As with almost all smartphone cameras, interference typically gets pretty obvious in low light conditions.

So yes, the Honor Holly is a good casual snapper without any special abilities. Video suffers from the same color saturation issue but has better detail as the frame rate to some extent limits imperfections.

I have to stress that camera operation is very responsive and the camera was very quick in continuous photo mode. The secondary camera at the front is a standard 2-megapixel unit that worked well for Skype video conferencing and, while not being especially impressive, should fulfill all your selfie needs.

Its 16GB storage is pretty unusual for the price category and will cover most needs without resorting to the microSD option. All this is coordinated by the Android KitKat OS (v4.4.2) that runs pretty smoothly.

But what does the Honor Holly feel like in daily use? In a few words, very satisfactory. App installation, app use and web browsing are all fast, easy and trouble free. I installed all my favorite social media, hotel booking and RSS apps and am pleased to say that for general use there is hardly any difference from more expensive or higher-end smartphones.

Even for gaming, most tastes will be covered thanks to the spacious screen and sufficient GPU performance. As an indication, Real Racing 3 -- a very demanding 3D game -- runs at good frame rates and I only noticed a handful of stutters in some very complicated scenes with lots of cars and high rendering demands.

The Huawei Emotion UI 3.0 skin is hardly loaded with extra features, a thing that is probably good here because it cleverly lets the OS do its work efficiently, without delays or unneeded fancy graphics.

In fact, it is the skin closest to the stock Android OS I have seen so far, something that will please purists and minimizes the chances of complications if the Honor Holly gets an upgrade to Lollipop in the future (something we do not know at this point).

Performance-wise, the Honor Holly belongs to the medium category. Its most impressive virtue is its ability to deliver snappy operation quite reliably and without any obvious weak points.

This is an amazing feat for a device that comes in at just £74.99. Given the impressively favorable performance/price ratio, if I was Samsung, LG or HTC I would worry more about competition from Huawei & Co rather than Apple.

In many ways the Honor Holly signifies what most of us require. Fast enough performance, large screen size in lower phablet territory, a decent camera for casual photo/video, the graphic performance to play smoothly most games and enough storage to avoid resorting to frequent data transfers.

Huawei’s handset delivers in all these fronts. The backlit button absence, the 720p screen and average capacity battery are relatively minor issues in terms of the attractive overall picture.

I would definitely recommend it for anyone on a budget and not needing NFC or 4G connectivity. I am also certain that with such smartphones in the market, manufacturers will from now on have a pretty hard time charging hundreds of pounds for features that the majority of users hardly or rarely need.