Be a cloud storage tycoon with Google Nearline 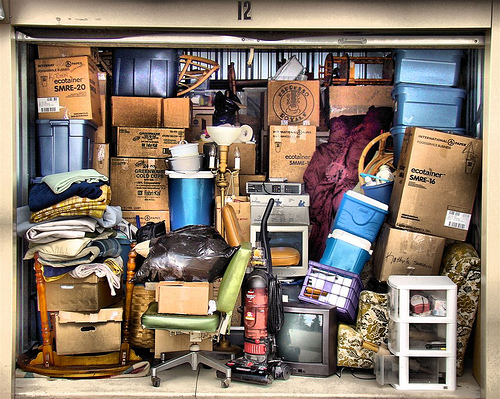 If you have an entrepreneurial bent it’s hard not to see an opportunity to start the next big cloud storage company in last week’s Nearline Storage announcement by Google. I saw it immediately. So did Google make a big pricing mistake? Probably not.

Nearline storage usually means files stored on tapes in automated libraries. You ask for the file and a robot arm loads the tape giving you access to your data in a couple minutes. Google’s version of nearline storage is way faster, promising file access in three seconds or less. It doesn't say how it works but it makes sense to imagine the data is stored on disks that are powered-down to save energy. When you ask for the file they spin-up the disk and give it to you.

The chance here for storage price arbitrage screams out (or did, I guess, so kick me). Start your own cloud storage business for large files (video is perfect) based on Goggle Nearline. Keep a giant File Allocation Table (FAT) of nearline files in RAM on your web storage server. This is exactly how Novell revolutionized the LAN file server business in the 1980s with its Indexed Turbo FAT speeding file access by 1000X. Hold the most recently viewed files on a RAID array that also includes the first few megabytes (three seconds worth) of all other customer files. That way when the file request comes in the location’s already in RAM and the first few seconds can be delivered from RAID then the nearline data kicks in smoothly.

The result would be a cloud storage system for large files that’s as fast as any other -- as fast as Google -- for maybe 10 percent the cost per bit. I’d bet that’s exactly how Google manages YouTube files.

With such an obvious opportunity to build a business at their expense, why didn’t Google price Nearline higher? Maybe it has patents to cover some of this and thinks it can keep competitors like me at bay. But more likely it just wants Nearline to succeed and making it darned cheap should do that. In fact this could in the long run be the death of tape storage.

However a very smart friend of mine sees the market differently. He thinks cloud storage price competition is going away and the price per bit at every cloud storage vendor will shortly be the same -- zero. They’ll give sway the storage space and make money instead on the extras -- security, encryption, redundancy, geographic distribution, and integration with many operating and file systems.

Having given it some thought I agree. I’d go even further to suggest that some consumer cloud storage companies don’t care about the money at all. Their game is to be acquired so what really matters is the size of their user base and the best price for getting lots of users is free.

These business lessons were learned 20-30 years ago in the storage locker business. I have some of my meager retirement money invested in limited partnerships at Public Storage Inc., the national storage chain. That business is financed with hundreds of such limited partnerships. The PSI value proposition for limited partners is interesting. They build in seedier (cheaper) parts of town. They are able to charge rents equivalent to apartments on a per-square-foot basis without requiring the amenities or management labor of apartments. Even better, they have your stuff, so losses for deadbeats are near zero. If you don’t pay the rent they just auction your stuff. All very interesting, but not the major point. PSI makes its real money by building or buying storage units in the path of growth. They think 20 years ahead to what that seedy neighborhood will eventually become. Sometimes they build structures that can be converted to specific other uses when they are sold, increasing their value in a growing market. The actual storage business only has to run at break-even with the big bucks coming when the property is redeveloped or sold.

Now consider how this model might apply to cloud storage. They have your stuff, making most customers long-term captives. The value here lies in the customer relationship. The cost can go to zero because the real money comes from ultimately selling the customer relationship to a larger company. This makes every cloud storage company either an acquisition candidate (most of them) or a company that intends to become enormous then realize that customer value through selling value-added services down the line. It’s grow or die.

So the actual cost of providing cloud storage isn’t going to zero. Disk drives and bandwidth will continue to cost money. That’s just the cost of being (temporarily) in business.

Update: Reader Justin Fischer points out my math is off. Interestingly I wasn’t the only reporter to make this mistake. Sorry.