Net Neutrality, Apple, and the future of TV 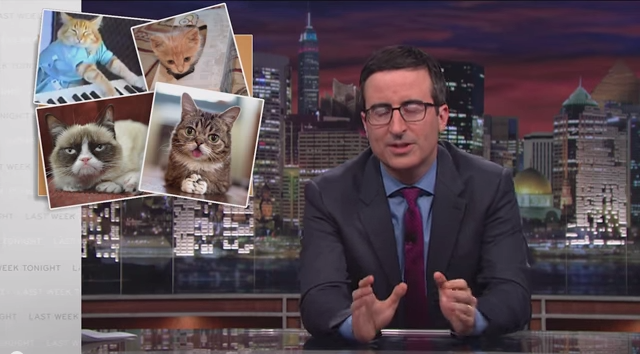 I’ve been hesitant to comment on the FCC’s proposed Net Neutrality rules until I could read them. You’ll recall the actual rules weren’t released at the time of the vote a couple weeks ago, just characterized this way and that for the press pending the eventual release of the actual order. Well it finally published the rules last week and I’ve since made my way through all 400+ pages (no executive summary commenting for me). And while there are no big surprises -- much less smoking guns -- in the FCC report, I think that taken along with this week’s Wall Street Journal story about an Apple over-the-top (OTT) video service the trend is clear that the days of traditional cable TV are numbered.

What booms through the FCC document is how much it’s written in response to the Commission’s loss last year in Verizon Communications Inc. v. FCC. Most of the more than 1,000 footnotes in the order refer to the legal defeat and place the FCC’s current position in that legal context. FCC lawyers have this time really done their homework, suggesting that it will be difficult for cable interests to win like they did last year.

Just to review, last year’s version of net neutrality from Commission Chairman Tom Wheeler wasn’t especially neutral at all, proposing a two-tiered system that would have allowed ISPs to sell fast-lane service to OTT video streamers like Netflix. But that still wasn’t good enough for Verizon, which sued for even more. A key component of Verizon’s argument in 2014 was that the Commission had no legal basis for regulating fast-lanes at all with the Internet defined as an information service. If the FCC wanted to regulate fast lanes, Verizon argued, it’d have to claim the Internet was a telecommunication service regulated under Title II of the Communications Act of 1934. One can only guess Verizon lawyers felt the FCC would be reluctant to open up the legal can of worms of Title II regulation, which might have had the FCC approving your ISP bill and maybe throwing-in a fee or two.

But the Verizon lawyers, like pretty much everyone else, didn’t include in their reckoning the influence of HBO’s John Oliver. Just as Verizon Communications Inc. v. FCC was winding its way through the courts, Oliver’s Last Week Tonight program did a 13-minute segment explaining Net Neutrality and the FCC’s then-proposed two-tier system (referred to as "Cable Company Fuckery" -- is fuckery even a word? My word processing program says it isn’t). Oliver ended with a stirring call for viewers to send comments to the FCC and, lo, four million HBO subscribers and video pirates did just that.

So the FCC, having lost in both the law courts and the court of public opinion, embraced a version of Title II Internet regulation in the current order. It did just as Verizon had suggested, but of course Verizon wasn’t really suggesting anything of the sort and was just using Title II as a weapon.

The new rule specifically prohibits paid fast lanes and may well undermine a number of ISP deals last year with Netflix in which the streamer agreed to pay special fees for uninhibited access to users. It’s important to note that these Netflix deals may still continue if the payments are viewed primarily as being for co-location of video servers, not peering. The distinction here between co-location and peering is important. Co-location charges are legal under the new order while peering charges are not.

In my view what we have at work here are conflicting business models and visions of the future of TV. It has been clear for a long time that cable TV service as we’ve known it since the Cable Act of 1992 is changing. Back in 1992 Internet service hardly mattered while today cable ISPs make more money from Internet than they do from TV. Last year’s proposed two-tier service seemed to support the idea that cable ISPs could eventually replace subscriber channel package fees with OTT peering charges. Let a thousand OTT networks bloom as cable companies eventually became schleppers of bits, maybe dropping their own video services entirely, opting for less revenue but more profit thanks to OTT peering fees. But this wasn’t enough for Verizon, which pushed even harder -- too hard in fact.

In the long run I think the future will be the same. Eventually the cable ISPs will become mainly ISPs and some version of OTT co-location will become a major profit center. This is the business loophole that will eventually -- and properly -- emerge. Ironically it argues against the current trend of massive video data centers since the video servers will be geographically dispersed to cable head-ends. But it makes great sense from a network management standpoint since it means only one copy of every TV show need be sent over the Internet backbone to each cable system, not one copy per viewer.

Now to Apple’s video ambitions. Dish and Sony are already rolling-out OTT video services with no doubt many more to follow. Nobody is yet offering all the right pieces but it will eventually happen. Apple’s entry into the OTT streaming business, first with HBO Now and shortly with many more networks and channels, is significant not only because it validates the whole OTT market segment, but because Apple has so much darned money -- more than $180 billion in cash.

Having so much cash means that Apple can afford to wreak a lot of havoc in television with very little risk to its core business. It can take OTT further because making money with such a relatively small business isn’t that important. It can easily do radical things like (this is just an idea, not a prediction) buying-up the services of every member of the Writers Guild of America, inserting Apple deeply and inextricably into the Hollywood creative process. Apple can do pretty much whatever it pleases and there’s not much any other company can really do about it, which is why we’ll over the next couple years see dramatic changes throughout cable TV.

And while the current FCC Net Neutrality actions probably help Apple (and Netflix, and most likely you and me, too), these changes have been coming for a long time.

2 Responses to Net Neutrality, Apple, and the future of TV