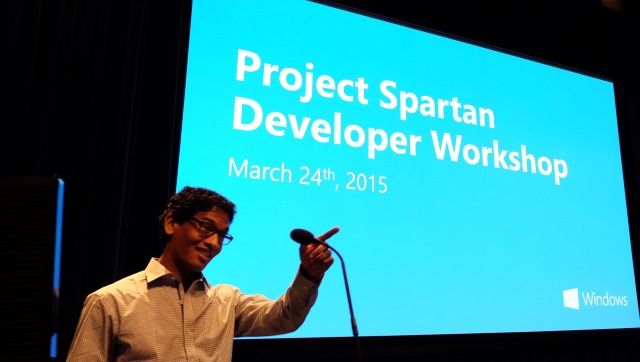 It is now a couple of months since Microsoft started talking about Project Spartan, the Internet Explorer successor that's set to become Windows 10's default web browser. Some have suggested that this will lead to the death of Internet Explorer, but today Microsoft confirmed that the two browsers will live on side by side in Windows 10.

At the Project Spartan Developer Workshop, Microsoft went into more detail about the future of the two web browsers. In particular, there is the revelation that previous plans to use a new rendering engine in both Internet Explorer 11 and Project Spartan have been ditched. Internet Explorer will live on in Windows 10, providing legacy support for those who need it, and it will be virtually identical to the version found in Windows 8.1.

Based on strong feedback from our Windows Insiders and customers, today we’re announcing that on Windows 10, Project Spartan will host our new engine exclusively. Internet Explorer 11 will remain fundamentally unchanged from Windows 8.1, continuing to host the legacy engine exclusively.

The decision makes a clear divide between Internet Explorer and Project Spartan. It splits the web into modern and legacy browsers just as Microsoft split apps into modern and legacy camps -- Project Spartan caters for the future, Internet Explorer for the past. Feedback from testers suggested that users failed to see an obvious distinction between the two browsers and now Microsoft has made the difference clear.

Microsoft is keen for as many people as possible to make the switch to Project Spartan, but Internet Explorer 11 will live on to help cope with the "small set of sites on the Web that were built to work with legacy technologies". Businesses that rely heavily on legacy technologies will be able to make Internet Explorer 11 the default web browser using Group Policy, but for home users, the Project Spartan push starts now.