Despite what you may have heard, Internet Explorer is not dead 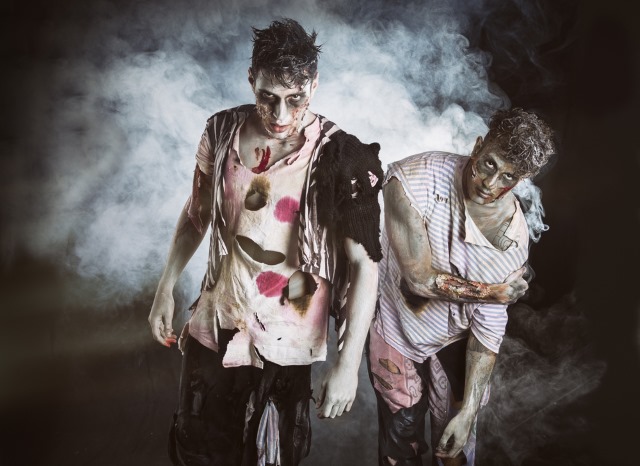 You shouldn't believe everything you read online -- no, really, you shouldn't. Just the other day we heard from John Gruber who made the baseless suggestion that Apple invented USB-C (hint: it didn't). Now it's the turn of Tom Warren from the Verge. Yesterday he wrote an article with the headline "Microsoft is killing off the Internet Explorer brand". Gosh!

He goes on to talk about Project Spartan (the new default web browser in Windows 10 that we learned about weeks ago) but also immediately contradicts himself in a sub-heading: "IE will live on...". Hang on... I thought it was being killed off? There then followed confusion, back-pedalling, and playing with semantics from Warren that did nothing to clarify the matter and served to rile many on Twitter.

He starts off the article by quoting Microsoft's Chris Capossela who spoke at Convergence saying: "We're now researching what the new brand, or the new name, for our browser should be in Windows 10". This is nothing new so far. Two months ago we knew that Microsoft had a new browser on the cards for Windows 10 -- it doesn’t have a name as yet, so it's referred to as Project Spartan. Oh... Capossela was just about to tell you that: "We’ll continue to have Internet Explorer, but we’ll also have a new browser called Project Spartan, which is codenamed Project Spartan."

So, despite the headline, Warren has already said himself that Internet Explorer will live on, and quoted someone from Microsoft as saying the same. He also goes on to say "Internet Explorer will still exist in some versions of Windows 10 mainly for enterprise compatibility." If it's dead, how does it live on? Is this the ghost of IE? An IE zombie? What the hell is he going on about? This is something several people decided to ask in comments on the article as well as on Twitter.

Warren goes on to talk about the process Microsoft is going through to come up with a final name for Project Spartan. It seems that the company has decided to distance itself from the somewhat negative image that has built up around Internet Explorer and is considering calling the new browser Microsoft "something-that's-yet-to-be-decided". But this is not the same as killing off Internet Explorer the product, or Internet Explorer the brand.

We reached out to Microsoft and were given the following statement:

Project Spartan is Microsoft’s next generation browser, built just for Windows 10. We will continue to make Internet Explorer available with Windows 10 for enterprises and other customers who require legacy browser support.

So, just in case there was any doubt, here it is from the horse's mouth. Internet Explorer will live on. It might only be for enterprises and people with legacy needs, but dead? Nope.

What Warren is doing is playing with semantics. He asks:

If Windows 10 ships and you can’t find IE pinned to the taskbar or in the Start Menu, is the brand still alive?

Well, yes, Tom. It still exists for enterprise customers and those with legacy needs. If Internet Explorer was being killed off -- or the 'brand' as you insist on calling it -- we wouldn’t find Internet Explorer anywhere, would we. It's like Coca-Cola 'killing off' Coke... if you ignore the fact that it's still for sale in some stores.

Even Microsoft's head of communications disagrees with Warren. When the Verge article was featured on tech aggregator Techmeme, he delighted in the fact that the misleading headline had been adjusted (by Techmeme) to read "Microsoft's new modern browser, codenamed Project Spartan, will have a distinct name and brand in Windows 10, says CMO Chris Capossela":

Warren's insistence on referring to the Internet Explorer 'brand' does nothing to help the situation. It's an essentially meaningless term, and throwing it into the equation does nothing but cause confusion -- including, it would seem, for Warren himself. Waking at 3am feeling slightly ill today, I tweeted:

. @tomwarren can play with semantics all he wants, but Internet Explorer is simply not being killed off. More to follow... #IEbrandisnotdead

The response that it's the brand and not the app that's going away means nothing -- see the Coke analogy above:

@tomwarren what you say just doesn't make sense, though. If IE continues to exist, you're just playing with semantics

As Frank X Shaw points out, Warren is being "deliberately obtuse". He is wrong and is engaging in wordplay to try to cover his back. It just sounds silly.

Internet Explorer is not dead -- neither the brand nor the app. Sadly, Warren's words -- like those of Gruber -- have been repeated ad nauseum online, adding to the myth, but the repetition doesn't make them any more true. Project Spartan may become Windows 10's new default browser but, whatever way you look at it, Internet Explorer will still be there. If you won't take my word for it, take Microsoft's.

13 Responses to Despite what you may have heard, Internet Explorer is not dead