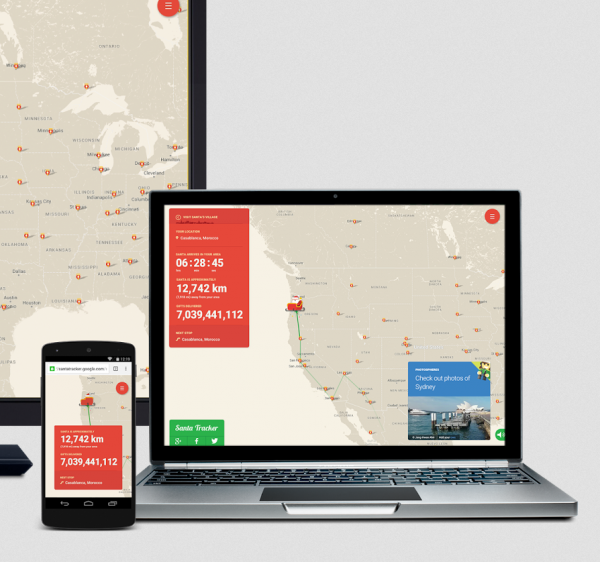 April Fool's Day is well behind us, so all the pranks should be over, right? I ask because today, Google announces that it is making its Santa Tracker project open source on GitHub. The fact that it is open source is great, but the timing is odd. The last thing I expected to read about in April is friggin' Santa Claus, but here we are.

While many will be quick to dismiss the Santa Tracker as a novelty, developers may actually find value in the code. Not only is the web version hitting GitHub, but the Android version too. There is no reason why the code can't be used in non-Christmas related projects.

"The holiday spirit is about giving and though we're early into April, we’re still in that spirit. Today, we're announcing that Google's Santa Tracker is now open source on GitHub at google/santa-tracker-web and google/santa-tracker-android. Now you can see how we've used many of our developer products to build a fun and engaging experience that runs across the web and Android", says Ankur Kotwal, Software Engineer, Google.

Kotwal further explains, "Santa Tracker on the web was built using Polymer, a powerful new library from the Chrome team based on Web Components. Santa Tracker's use of Polymer demonstrates how easy it is to package code into reusable components. Every scene in Santa's village (games, videos, and interactive pages) is a custom element, only loaded when needed, minimizing the startup cost of Santa Tracker".

The code can be used for pretty much anything; in fact, I can predict parody trackers seeing the light of day -- maybe even raunchy ones. Hell, that's part of the beauty of open source. There is a lot available too, such as Android Wear watch faces, games and more.

The most valuable aspect of an open source Santa Tracker, however, is the learning possibilities. If someone is just getting started with coding, or even an expert, investigating and experimenting with the technologies that make the tracker work can be a great education. Not only do you get to read the code, but experience how Google successfully used it. Very cool.