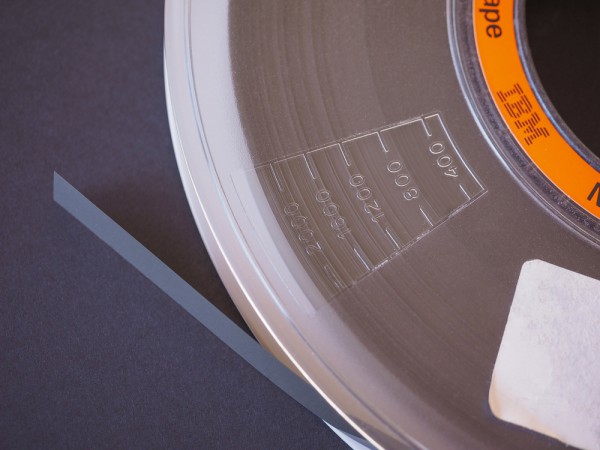 If you began your IT career in the 1980s or before you probably have fond memories of spooling up half-inch, nine-track magnetic tapes. You'd be forgiven for thinking that in the age of affordable large capacity hard disks and SSDs tape storage was now firmly confined to the past, but not so.

IBM scientists working with FUJIFILM of Japan, have demonstrated a recording density of 123 billion bits per square inch on tape, the equivalent of a palm-sized 220 TB tape cartridge.

To make that a bit more meaningful 220 TB is equivalent to 1.37 billion text messages or the text of 220 million books. It also represents a 22 fold improvement over IBM's current enterprise tape product.

Tape has of course traditionally been used as an archive or backup medium as it has a longer shelf life than disk. Even today 500 exabytes of archive data are still held on tape storage systems according to analyst company Coughlin Associates. But thanks to its low cost per gigabyte it's becoming an attractive option for big data and cloud applications.

IBM Research scientists in Zurich are exploring the integration of tape technology with current cloud object storage systems like OpenStack Swift. This would enable object storage on tape and allow users to seamlessly migrate cold data to a low-cost, highly durable cloud based storage tier perfectly suited for back-up or archive use. So far from being stuck in the past tape could be the storage medium of the future.

"With this demonstration, we prove again that tape will continue to play an important role in the storage hierarchy for years to come," added Evangelos Eleftheriou, IBM Fellow. "This milestone reaffirms IBM's continued commitment and leadership in magnetic tape technology".

The 123 million bits per square inch storage density has been achieved using a number of new technologies. These include a set of advanced servo controls that enable head positioning with an accuracy better than 6 nanometers. This allows a track density of 181,300 tracks per inch, a more than 39 fold increase over an industry standard LTO6 tape cartridge. There's also an enhanced write field head technology enabling the use of much finer barium ferrite (BaFe) particles, and innovative signal-processing algorithms for the data channel, based on noise-predictive detection principles.

IBM will be demonstrating the technology at the National Association Broadcasters Show in Las Vegas next week. There's an overview in infographic form below and you can find out more about the company's history with tape storage on IBM's website. 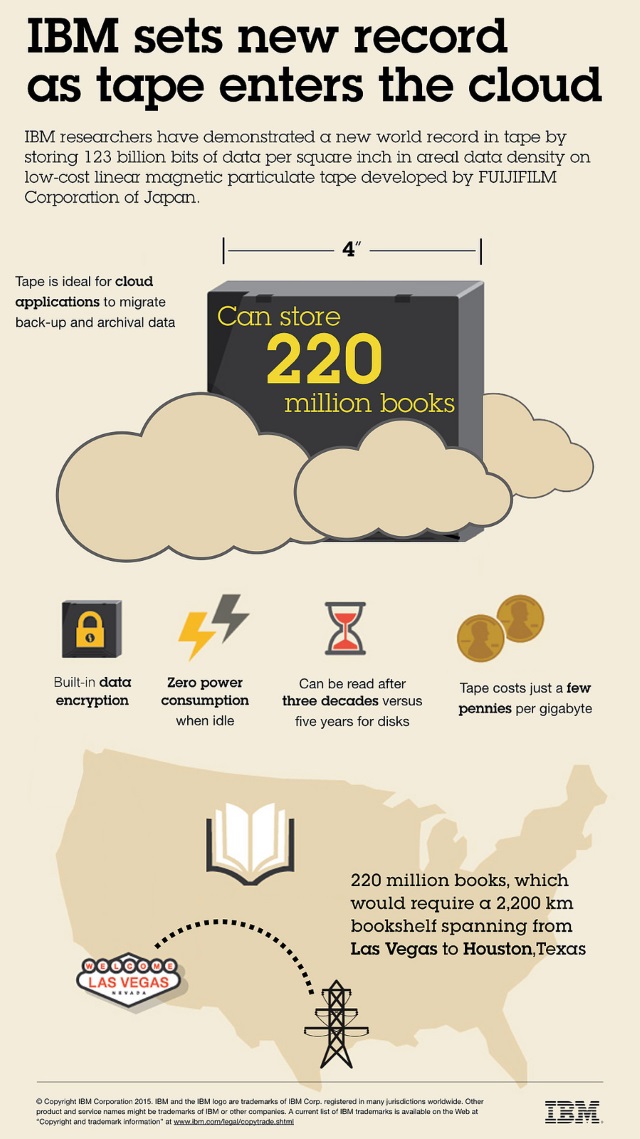