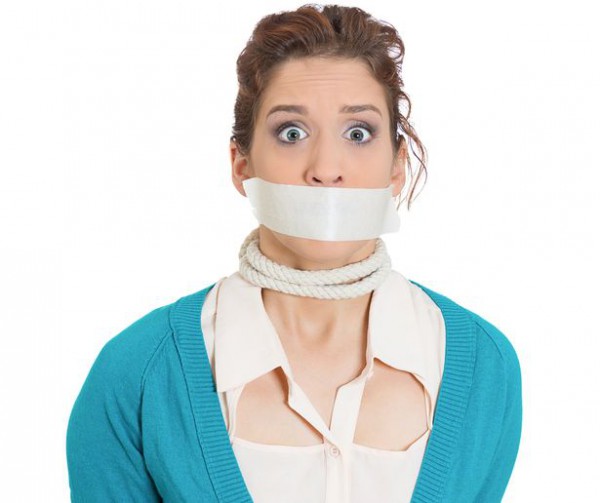 Some people on the Internet are really sick. No, I do not mean physically, but mentally deranged. A normal-looking sane person can become a hate-spewing monster once they are anonymous online. Hell, some people are abusive bullies even with their real identities! Sadly, social media is a place where bullying runs rampant -- if you are fat, gay, handicapped or in any way different, people will remind you of this with nasty tweets. Women are subject to sexually-charged harassment too.

Luckily, one such social media site, Twitter, has been putting a strong focus on curtailing bullying and offensive tweets. Today, the company is stepping up its efforts, but it seems to be going too far. What can only be described as heavy-handed censorship, Twitter will be deciding what is offensive and even forcing users to delete tweets. In other words, the company is attempting to unring a bell, by making users erase language that has already been communicated.

The social media company also says, "we have begun to test a product feature to help us identify suspected abusive Tweets and limit their reach. This feature takes into account a wide range of signals and context that frequently correlates with abuse including the age of the account itself, and the similarity of a Tweet to other content that our safety team has in the past independently determined to be abusive. It will not affect your ability to see content that you've explicitly sought out, such as Tweets from accounts you follow, but instead is designed to help us limit the potential harm of abusive content. This feature does not take into account whether the content posted or followed by a user is controversial or unpopular".

Twitter is not a public space, so legal freedom of speech violations are not at risk here. The company is within its right to cull abusive and harmful content. However, the site has become an outlet for many oppressed people around the world; something Twitter has reveled in. For it to continue to be a place for news and information sharing around the world, it must walk a fine line or risk losing credibility.

Unfortunately, today's announcement seems to be heavy-handed censorship and runs the risk of ruining the network's trustworthiness. Reviewing user-reported abuse, as is the current practice is one thing, but algorithms to catch abusive behavior cannot be perfect; non-offensive tweets will likely get flagged in error. It is wrong to chalk these falsely flagged tweets up as acceptable damage. This is the danger in not having checks and balances -- Twitter is judge, jury and executioner.

Quite frankly, forcing users to delete their own tweets is comparable to making authors burn their own books. If Twitter has deemed something to be offensive, it should also have the backbone to be responsible for removing the content.

Do you think Twitter is taking censorship too far? Tell me in the comments.