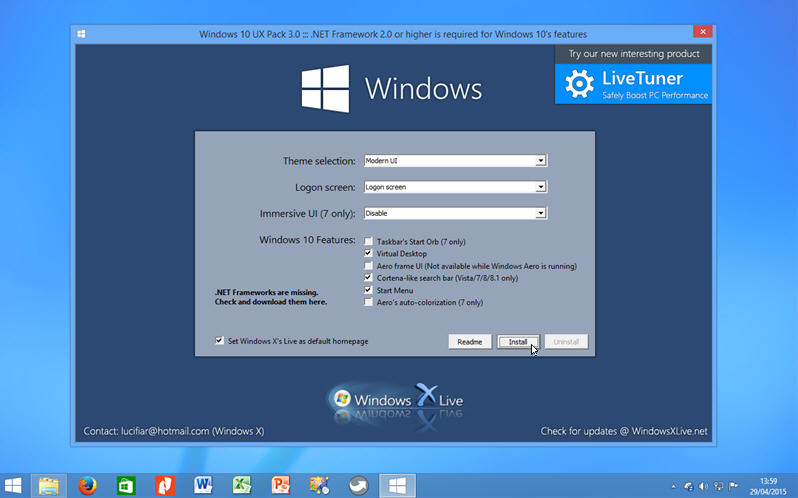 Each tool allows users to emulate the forthcoming Windows 10 user interface on PCs running older versions of Windows from XP upwards, the difference being that the UX Pack is less radical and promises not to touch any system files, making it easier and safer to use.

Both UX Pack and Transformation Pack add a choice to the installer that makes the Cortana-like search bar introduced in version 2 optional. The search bar emulates the look of the forthcoming Microsoft Cortana-powered bar in Windows 10, and only works on machines running Windows Vista or later.

Fixes including resolving the .NET Framework requirement for the Start menu feature as well as ensuring the Start orb gets updated after installing. Also fixed is a problem that prevented the configuration file from working after an update.