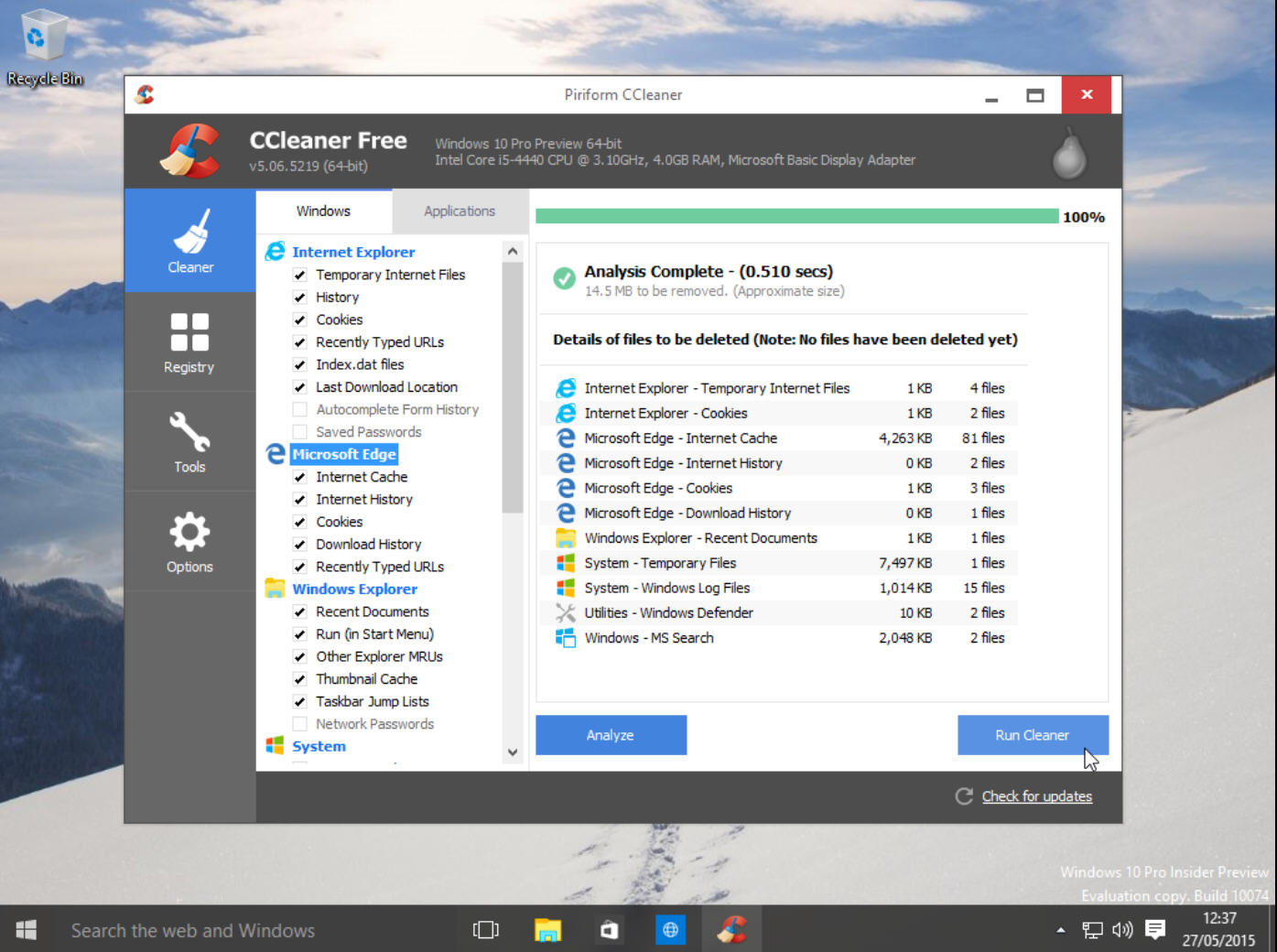 Piriform has unveiled its routine monthly update to CCleaner with the release of CCleaner 5.06 for Windows PCs. The new release is also available as a portable build.

There’s only one new feature of note in this latest release, and it’s currently restricted to Windows 10 users. Nevertheless, a number of other improvements make it an essential update for existing users.

The new feature in question is added support for Microsoft’s brand new browser, Edge (codenamed Spartan), which is currently available to test through the Windows 10 Technical Preview.

Other changes are minor. There’s enhanced support for both Firefox (session cleaning) and Google Chrome (Download History) cleaning, along with the promise of a better System Restore detection routine and improved keyboard navigation.

CCleaner 5.06 also updates its exception handling and reporting architecture, widens its localization and language support and finishes off with the seemingly de rigueur minor GUI improvements and bug fixes.

CCleaner 5.06 and CCleaner 5.06 Portable are available now as freeware downloads for PCs running Windows XP or later. A Professional version offering additional features including real-time monitoring and complete system cleaning is also available, and you can get it for just $17.46 through the Downloadcrew Software Store -- that’s an amazing and exclusive -- discount of 30 percent off the MSRP.