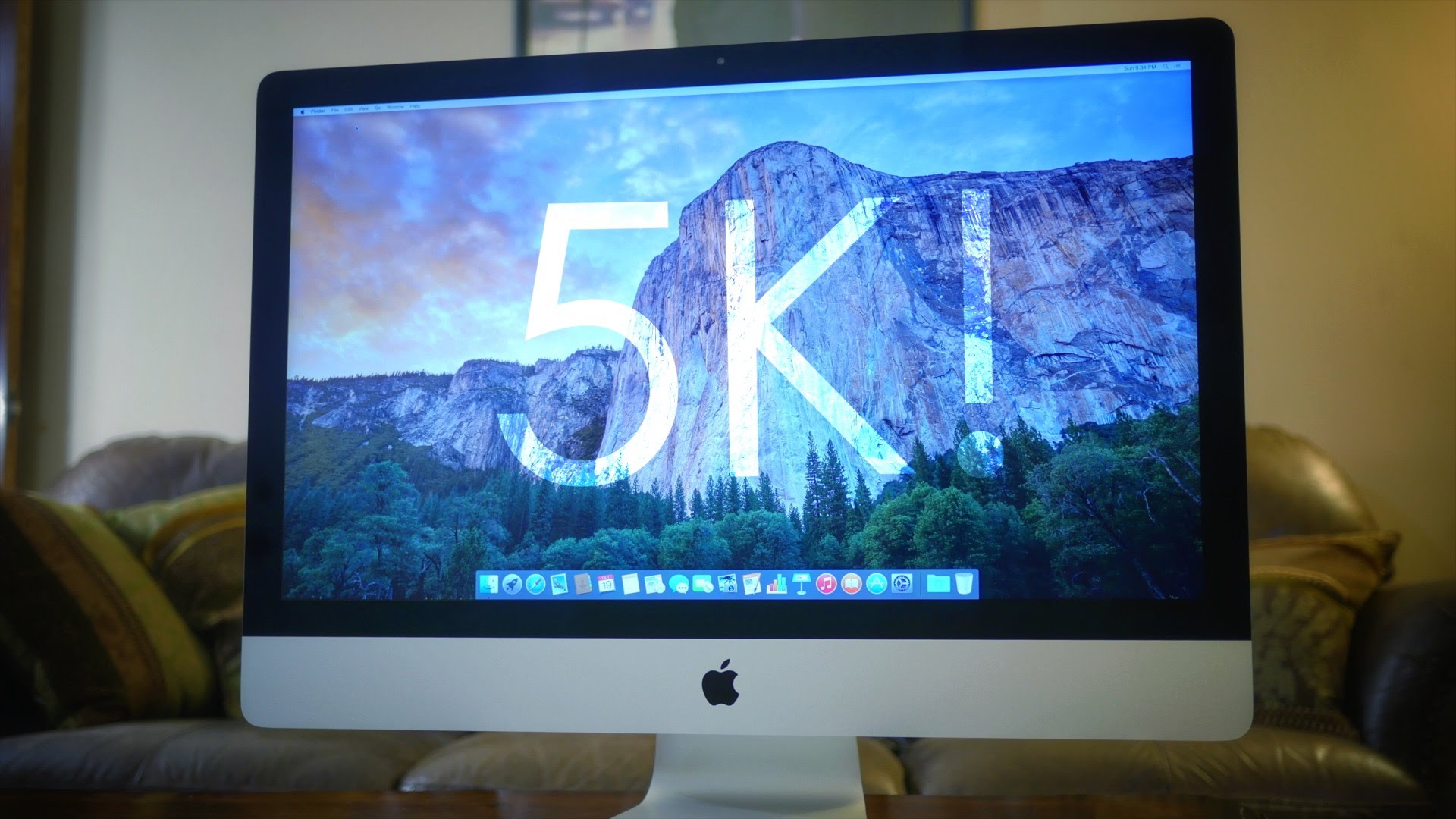 On June 8th at the Apple World Wide Developer Conference (WWDC), CEO Tim Cook will reportedly introduce a new and improved Apple TV. For those who live under rocks this doesn’t mean a television made by Apple but rather a new version of the Apple TV set top box that 25 million people have bought to download and stream video from the Internet. But this new Apple TV -- the first Apple TV hardware update in three years -- will not, we’re told, support 3840-by-2160 UHD (popularly called 4K) video and will be limited to plain old 1920-by-1080 HD. Can this be true? Well, yes and no. The new Apple TV will be 4K capable, but not 4K enabled. This distinction is critical to understanding what’s really happening with Apple and television.

First we need to understand Apple’s big number problem. This is a problem faced by many segment-leading companies as they become enormous and rich. The bigger these companies get the harder it is to find new business categories worth entering. Most companies, as they enter new market segments with new products, hope those products come to represent at least five percent of their company’s gross revenue over time. The iPhone, for example, now drives more than 60 percent of Apple’s revenue. Well the Apple TV has been around now for a decade and has yet to approach that five percent threshold, which is why they’ve referred to the Apple TV since its beginning as a hobby.

Let’s say Apple sells five million Apple TVs per year at $79 wholesale for gross hardware revenue of just under $400 million annually. While $400 million sounds like a lot, for a company with Apple’s fiscal 2014 sales of $182 billion, it’s at best a rounding error, if that -- just over two tenths of a percent of total sales. So in an MBA textbook sense the Apple TV wasn’t (and isn’t) worth doing. The business simply isn’t big enough to bother.

But this is Apple, a company that loves to redefine product categories. And by definition every new product category starts at zero. So if Apple wants to start anything truly new it will have to start small, which it did with the Apple II, Macintosh, iPod, iTunes, iPhone, iPad, and the Apple TV.

Everybody knows a new Apple TV is coming but the press reports to date have had very few details other than the fact that the box won’t support 4K. You know Apple had to deliberately leak that one detail for some strategic reason. So why introduce a new Apple TV at all if the performance being asked of it (decoding H.264 1080p video) hasn’t changed? There are only two reasons to do a new Apple TV under these circumstances: 1) to take cost out of the product, making it cheaper or increasing profit margins, or; 2) the technical requirements for the box actually have changed quite a bit but for some reason Apple won’t be immediately asking the new box to do much more than the old box already does. Apple is likely motivated for both reasons because competitive products like Google’s ChromeCast ($35) and Amazon’s Fire TV Stick ($39) have created something of a set top box (or stick) price war and it’s in Apple’s strategic interest for the Apple TV to support 4K video ASAP no matter what the company says about 4K at the WWDC.

For Apple to do what it has always done, the company must change the game. It can’t go head-to-head on price so that means dramatically increasing quality of service for close to the old (higher) price. Add to this Apple’s need for new product categories and new hits -- especially really, really big hits that will make meaningful revenue for the world’s most valuable public company.

What I think will happen at the WWDC is Apple will announce a spectacular new Apple TV -- the most powerful streaming box the world has ever seen -- wow developers with its potential and beautiful user interface, but will for the moment limit the features to not much more than the old Apple TV could provide, though with the addition of true streaming. Apple has a difficult path to follow here, you see, because it needs to inspire developers to support and extend the new box while, at the same time, creating a video content ecosystem that gets shows from video producers, broadcast and cable networks, and movie studios that have come to inherently distrust Apple as a destroyer of record companies.

If Apple were to throw a completely un-throttled Gen-4 Apple TV on the market, it could cost Cupertino its chance to tie-up long-term content deals to feed those boxes, limiting their total success. Apple needs this new Apple TV to do much more than run Netflix and Hulu, because Apple needs billions and billions in new revenue.

So at WWDC it’ll show the new box doing anything that Chromecast or Roku can do with the addition of iTunes and two new streaming services -- music and live TV. Apple won’t at first have every TV network and local station on its service (neither does Hulu, remember, which lacks CBS), nor every cable network, but it’ll have a credible solution aimed at cord cutters with superior performance and a price that’s higher than Netflix, Roku or Amazon Prime, but the same or slightly lower than basic cable. It’ll create an ecosystem that works and works reliably and over time will sell millions more Apple TVs and sign-on many more networks and studios.

Then, in 2016, will come a surprise software upgrade with the switch to H.265 and 4K. Apple has to beat to 4K the cable companies and broadcast networks if it has a hope of displacing those industries, which -- along with day-and-date streaming of 4K movies -- are Apple’s ultimate goals.

In the US alone these three video entertainment channels add up to about $90 billion in revenue annually. Add the rest of the world to that and we’re talking about $200+ billion. THAT’S Apple’s target and it’s Cupertino’s goal to get a majority of that action as well as selling ultimately 50 million Apple TVs per year.

Apple won’t be alone in this effort. By deciding not to sell its own 4K TV and by creating a service that will drive 4K TV sales, Apple has bought the friendship of every big screen TV maker.

Industries are most ripe for disruption during period of technical transition, remember, so this switch from HD to 4K may be Apple’s only chance to snatch and grab.

Apple can do it, too, with luck and technology and the willingness to spend a LOT of money to make even more money. But it all depends on this upcoming WWDC and introducing the Apple TV in a way that’s exciting yet not intimating to potential partners.

Now let’s end with some pure speculation (as if what I’ve written above isn’t speculation enough). If I were running Apple here’s how I would accomplish this delicate task. I’d skip 4K completely and go to 5K. Remember Apple has been selling 5K iMacs for months now. Then I’d go (remember I’m channeling Tim Cook) to every TV network and movie studio and license from them the exclusive 5K rights for their content. This would be a bit like when Mark Cuban started HD-Net before many people had HDTVs or cable channels were even offering HD signals. The networks would all sign-on because they’d see it as money for nothing since there are no 5K TVs. Maybe Apple will introduce one after all, but that’s still a very small niche play, especially since Apple would probably have to build its own super-resolution conversion system just to take available content that high (35mm film, for example, is at best 4K).

"That Tim Cook, what a maroon!" the networks would say, counting their loot. And the cable company execs, who are already finding it hard enough just to do 4K, would roll their eyes.

And then, having tied-up the 5K rights, Apple would reveal that the 5K Apple TV can down-convert to 4K for "degraded" displays, the whole point having been tying-up the rights, not really streaming 5K.

If this comes to pass, remember you read it here first.