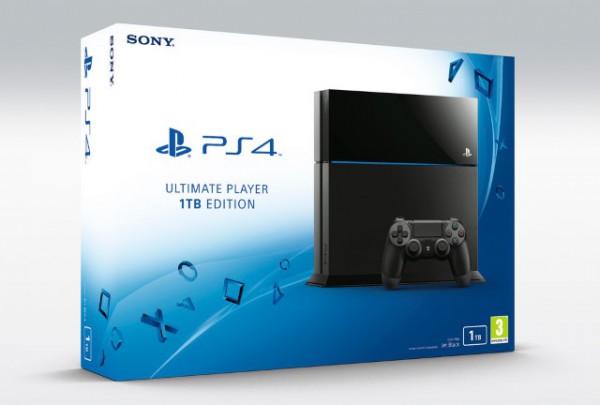 Known as the 1TB PS4 Ultimate Player Edition (or PlayStation 4 Ultimate Player 1TB Edition depending on who you're talking to), Sony is launching a new PlayStation 4 next month. With the ever-growing market for downloadable content, it's difficult to have too much disk space. Recognizing this, Sony is doubling the size of the largest capacity PS4.

The 1TB console will launch next month in the US, Asia and Europe, and the announcement comes just weeks after Microsoft announced a 1TB version of its Xbox One. Gamers in Japan will be able to get their hands on the console by the end of June, but the rest of the world will have to wait until July 15. There's no word on pricing, but Sony has detailed a few other changes that have been made to this version of the console.

Power consumption has been reduced, and the 1TB model uses 8 percent less power than the 500GB version. If you're the type of gamer who carries your console from place to place, you'll be pleased to hear that the weight has been reduced by 10 percent as well. Sony also says that the hard drive bay has a matte finish which -- to use the company's words -- gives the console "a more casual look".