Cortana for Android gets leaked, you can try it on your phone now! 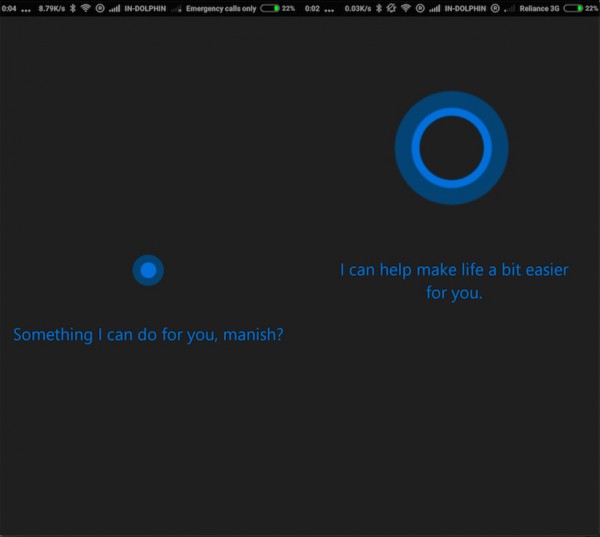 Microsoft announced earlier this year that it will be bringing Windows Phone's digital voice assistant, Cortana to the desktop as well as rival mobile platforms. We've already seen Cortana -- the rival of Apple's Siri, and Google's Google Now -- on Windows 10 technical preview, and now we're getting our first look at Cortana on Android.

While the company is yet to officially release Cortana on Android, the APK file of the digital voice assistant got leaked a few minutes ago. We tested the APK and did the signature verification, and can report and confirm that it is all legit. You can download it from here (though; it is advised you always snag things from official channels).

If you have used Cortana before, you will be right at home here. The app maintains the same interface and functionalities. The first time you open it, however, it will take some time to get to business, as you're first required to sign in with your Microsoft account, feed your nickname and agree to the terms.

In our brief testing, Cortana didn't disappoint. It was able to take notes, tell us jokes, and understand queries just like its Windows Phone counterpart.

Cortana is one of the many Microsoft apps that Microsoft has brought to rival platforms. The change in heart comes as the company realizes that to stay in the game, it has to go to the users if they don't come to it. 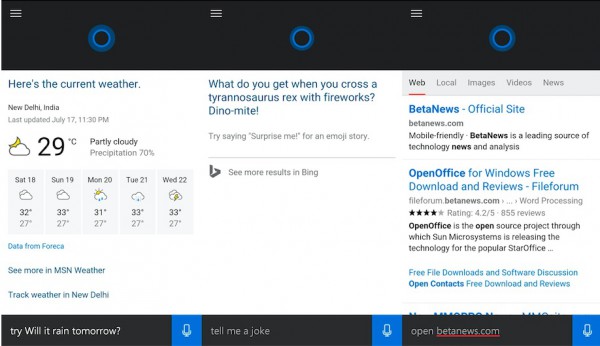 3 Responses to Cortana for Android gets leaked, you can try it on your phone now!