IBM is so screwed

I’ve been working on a big column or two about the Office of Personnel Management hack while at the same time helping my boys with their Kickstarter campaign to be announced in another 10 days, but then IBM had to go yesterday and announce earnings and I just couldn’t help myself. I had to put that announcement in the context you’ll see in the headline above. IBM is so screwed.

Below you’ll see the news spelled-out in red annotations right on IBM’s own slides. The details are mainly there but before you read them I want to make three points.

First, IBM’s sexy new businesses (cloud, analytics, mobile, social and security or CAMSS) aren’t growing -- and probably won’t be growing -- faster than its old businesses are shrinking and dying. This doesn’t have to be. IBM could carefully invest in some of those older businesses and become a much better company and investment.

Second is something that doesn’t immediately fall out of these slides but I think it should be said: from what I hear IBM’s analytics sales (the very essence of its Big Data strategy) have been dismal. Nobody is buying. And a third point that could be an entire column in itself is that Google’s two latest cloud announcements (support for Windows Server and broad release of its Kubernetes container manager) effectively blow out of the water IBM’s nascent cloud operation.

Sadly, IBM has already lost the cloud and analytics wars, they have yet to be even a factor in mobile, and social is a business that IBM has yet to even explain how they’ll make money. Of all these new businesses that will supposedly drag IBM out of the mess it’s currently in only data security has a chance, and that’s if they don’t blow that, too. 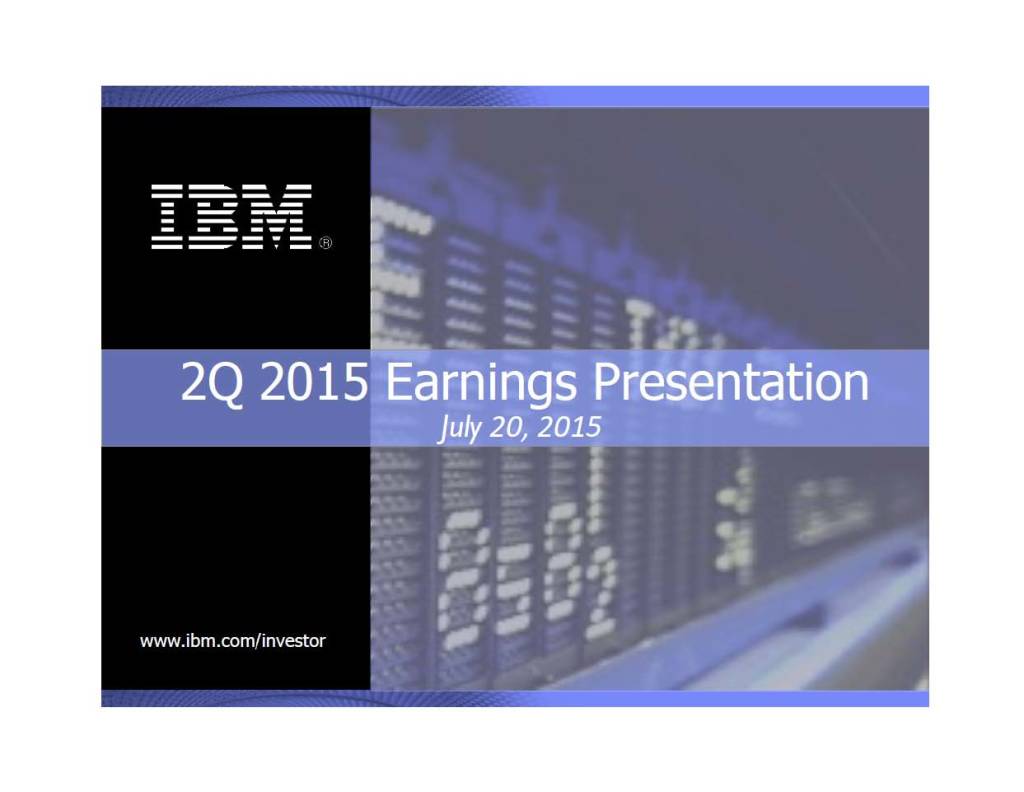 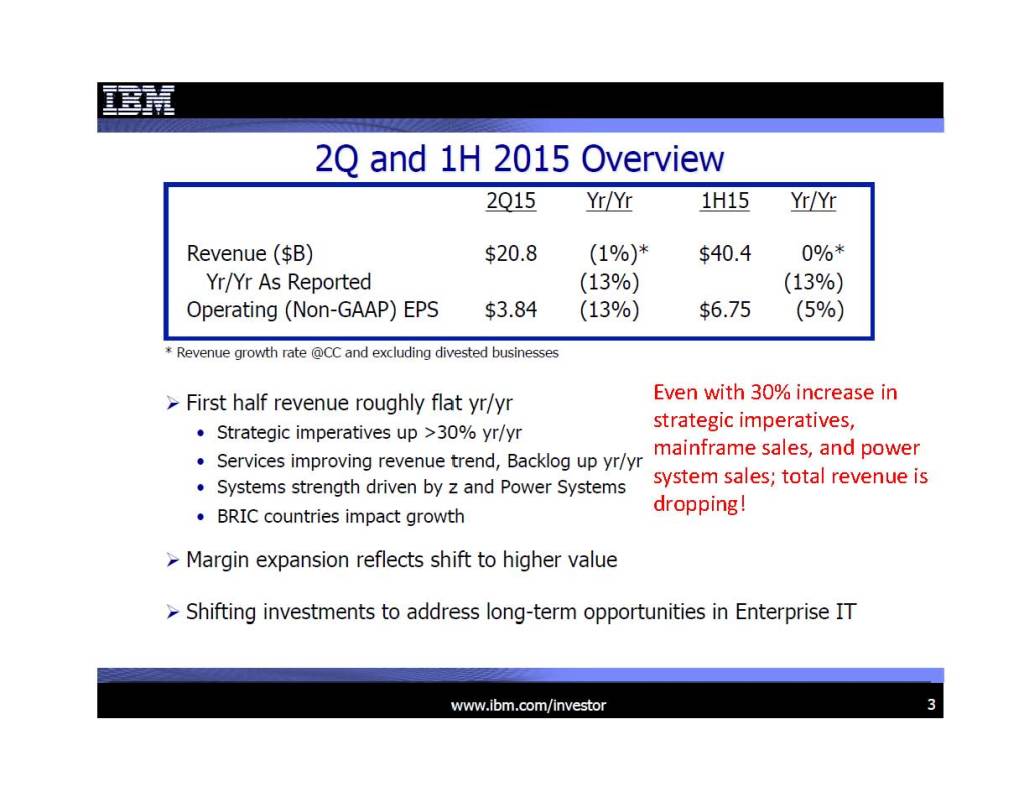 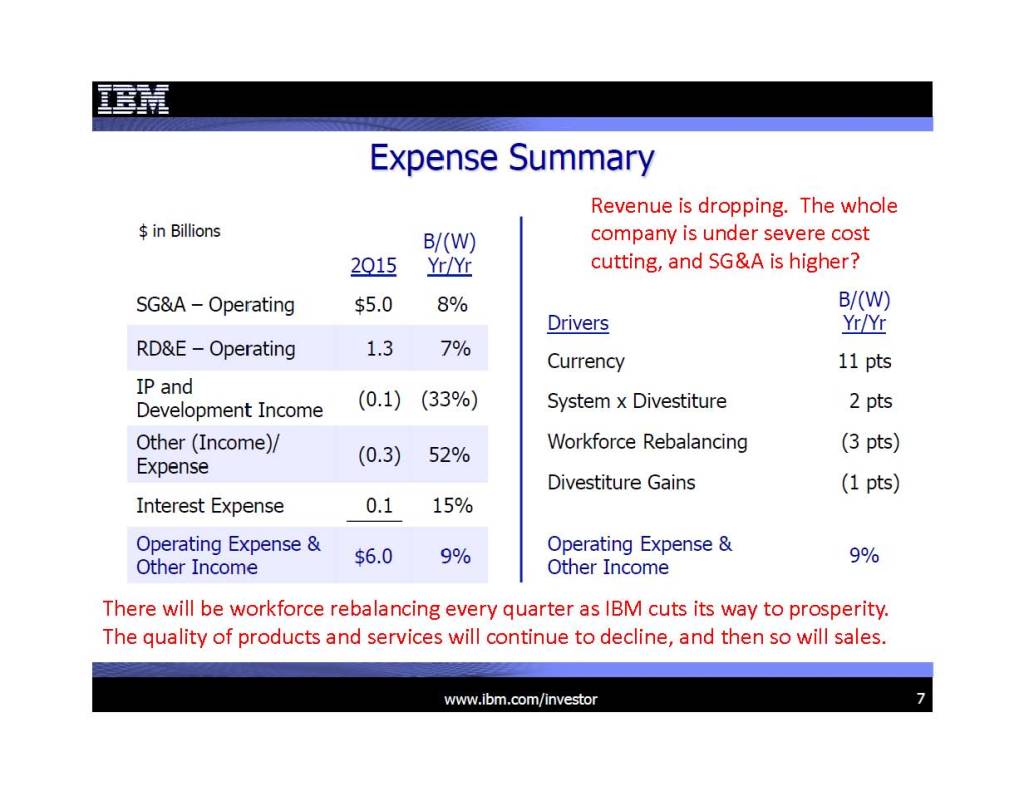 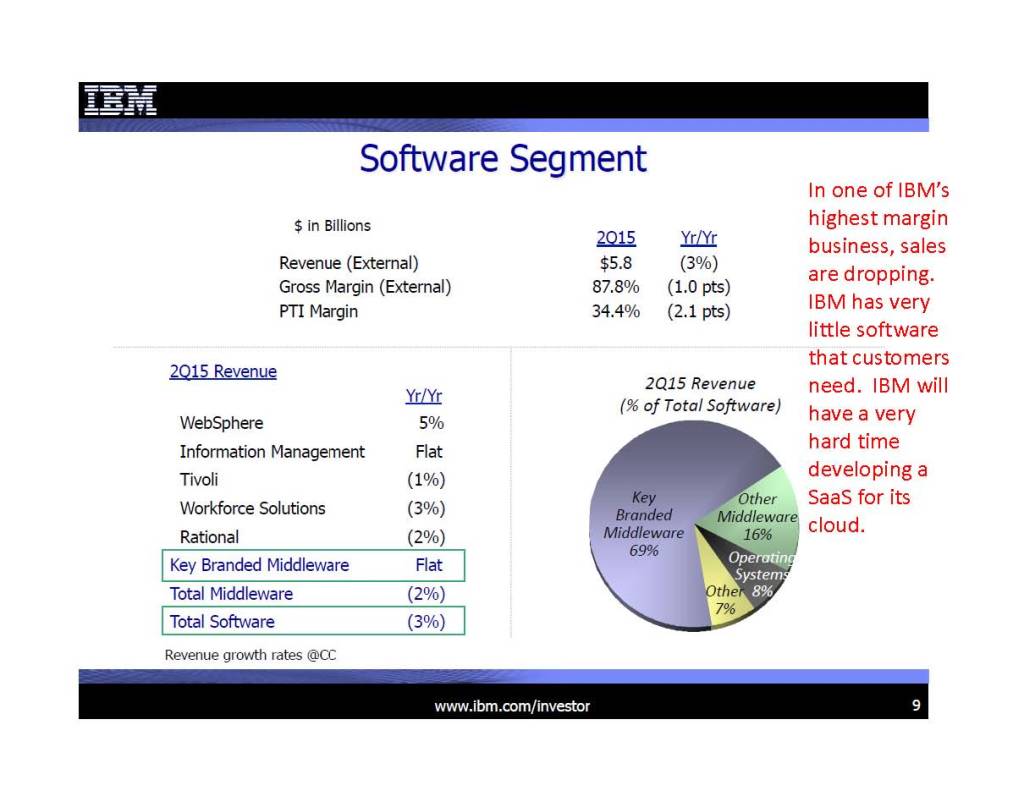 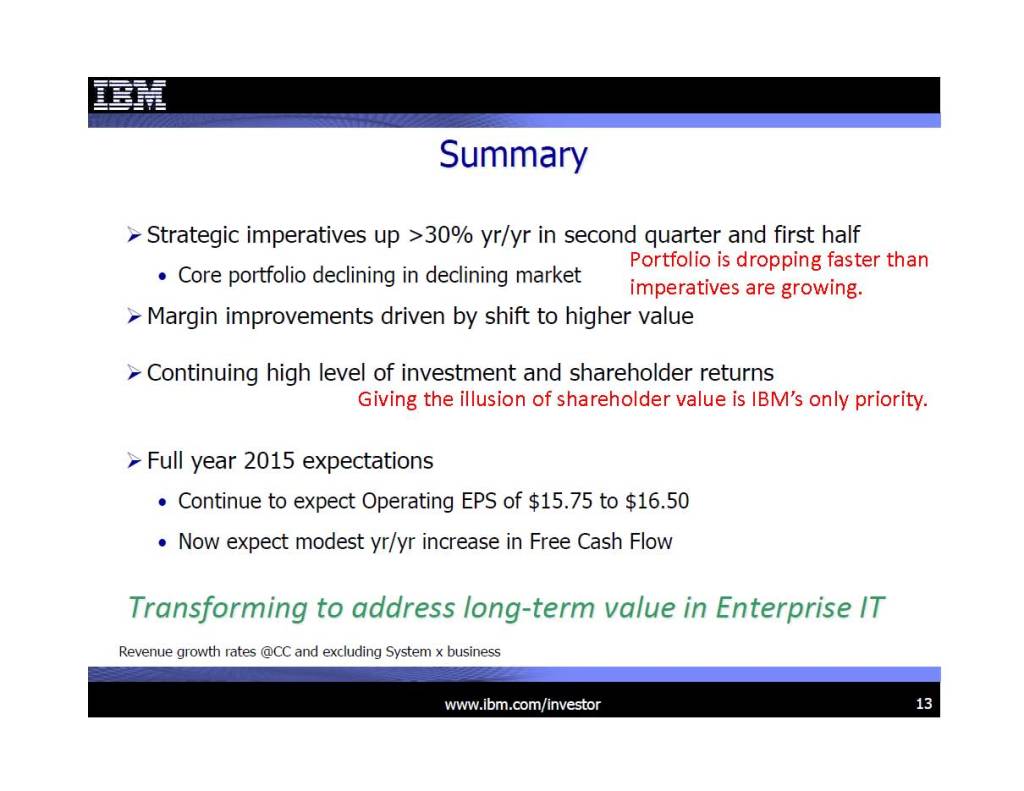 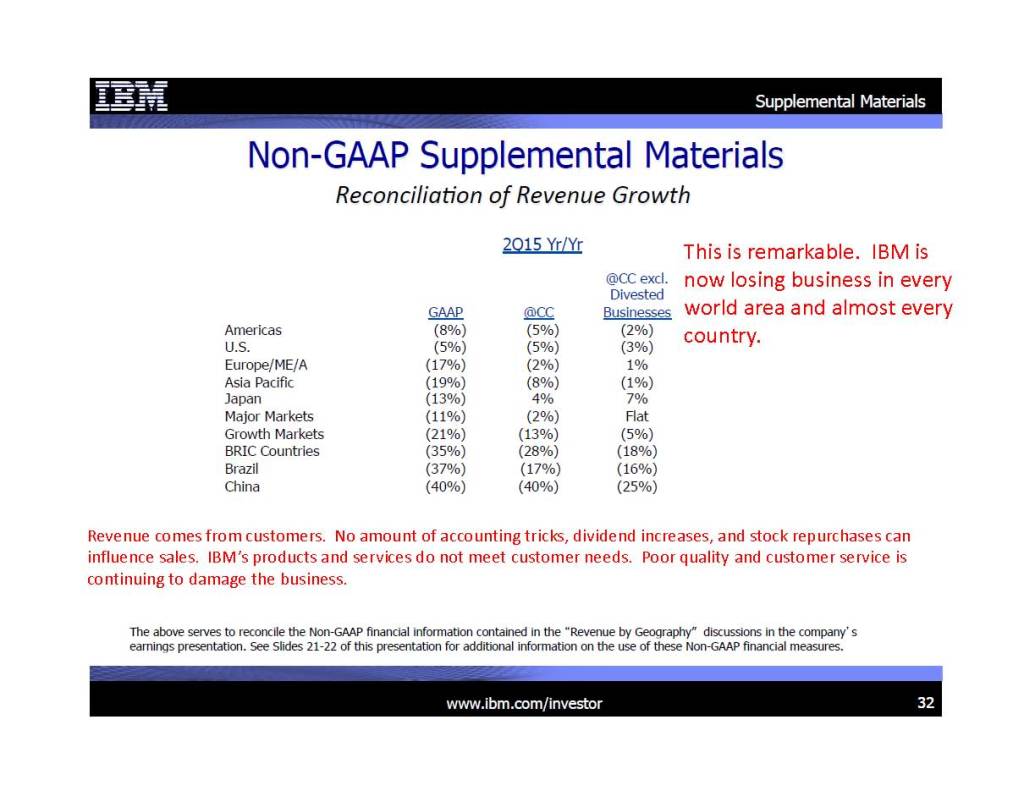 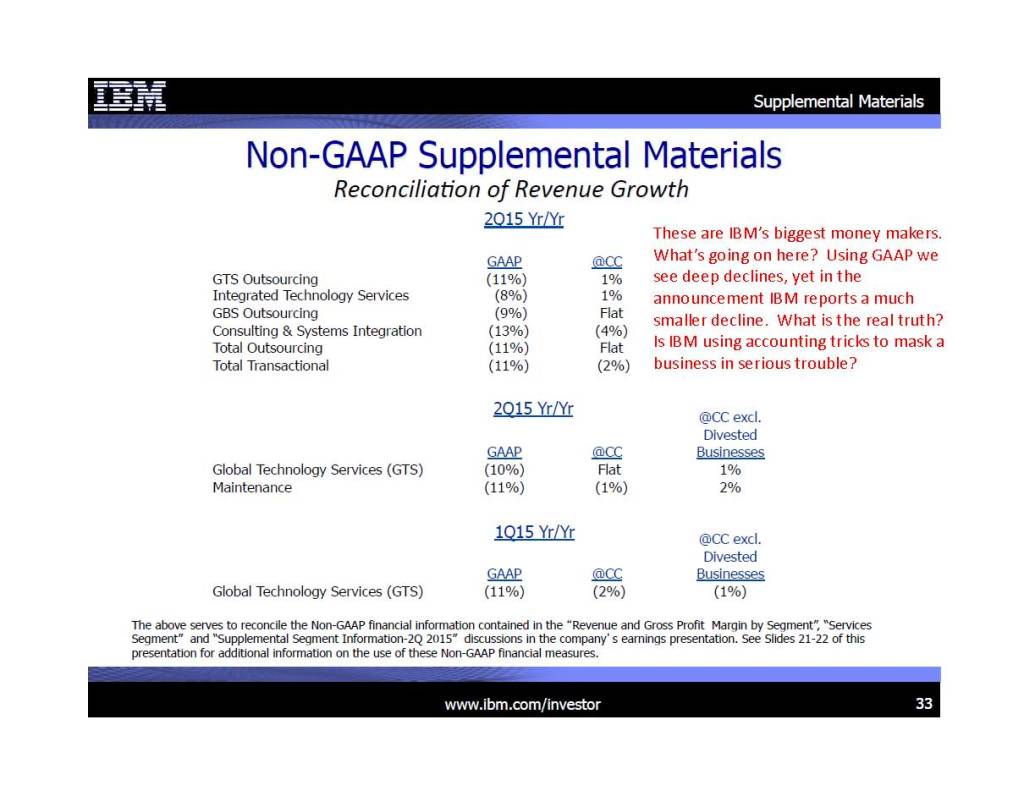 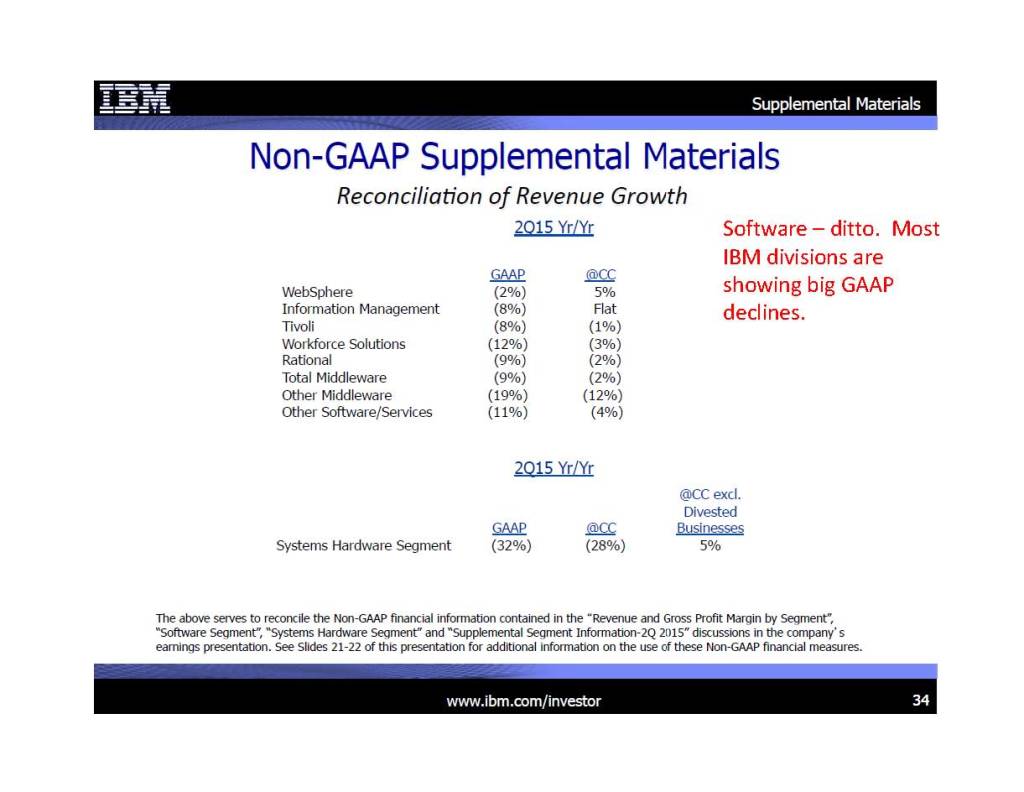 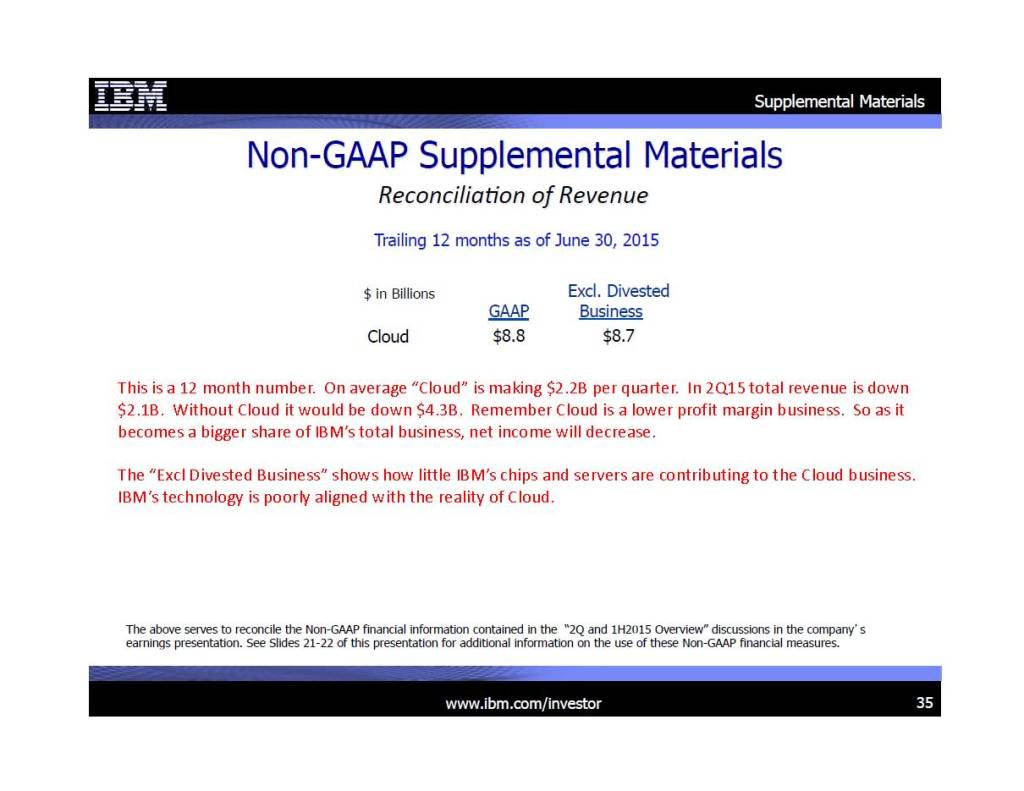