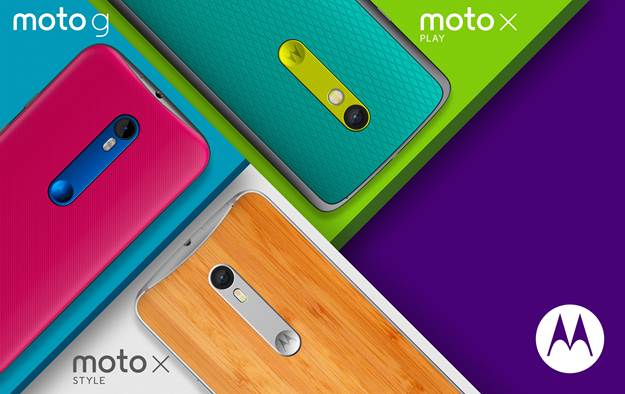 In August 2013, Motorola Mobility -- which was owned by Google at the time -- released a beautiful phone called the Moto X that focused on providing a flagship user experience instead of trying to be the best Android phone by offering the best technical specifications; in other words, it wanted the Moto X to be the iPhone of the Android world.

This first generation of the Moto X was a great hit with the bloggers and journalists who reviewed it, but it did not sell in huge numbers. In order to compete with the flagship phones from Samsung (with its huge marketing budget), which typically came with removable batteries and microSD card slots, the Moto X had to have an amazing battery life and a really great rear-facing camera. While the cameras and battery life of the Moto X were good, they were not best-in-class, and consumers voted with their wallets accordingly.

A few months later, in November 2013, the company unveiled a phone called the Moto G, which offered a quad-core Snapdragon 400 processor, a wonderful 4.5-inch 720p LCD IPS display, 1 GB of RAM, 8 GB of main storage, customization via a wide array of back covers/shells in various colors, and perhaps most importantly for some, a near stock Android experience with zero bloatware for the startlingly low starting price of $179 (unlocked and off-contract). To nobody’s great surprise and its competitors’ dismay, this phone shook the mid-range Android market and was a massive success with both critics and consumers.

Roughly a year later, in September 2014, Motorola launched the second generation of the Moto X and Moto G.

The new and improved Moto X came with a fast processor, an even better display than its predecessor (1080p AMOLED instead of 720p AMOLED), better cameras, and even greater customizability of colors/materials used for the body of the phone via the Moto Maker online ordering system (available only in a few markets).

Now, here on July 28, Motorola Mobility (now owned by Lenovo rather than Google) has just announced the 2015 models of the Moto X and Moto G. The Android marketplace this year is quite different from when the Moto family was first introduced in 2013. Although Samsung remains the player with the biggest marketing budget and the highest profit share, companies such as Asus, LG, Sony, and (especially) Xiaomi have really stepped up their games and enjoy success in various segments of the market, and India and China are filled with a very high number of not so famous but fast-moving OEMs doing everything they can to grab market share by competing on price and features.

So, the question is does Motorola have what it takes to compete well in today’s market? Prior to coming to today’s launch event in London, I did a lot of research to find out what consumers expected -- or at least, hope for -- from the updated Moto X and Moto G.

It seems that in the high end of the market, where the Moto X is competing, the two things that everyone agrees on is the need for much improved front and rear cameras (as in the LG G4 and the Samsung Galaxy S6) and battery life (as measured in terms of both standby AND screen-on time).

As for the mid-range Moto G, most existing owners seem content with the battery life and the cameras, but, for 2015, they seem to be expecting a greater amount of RAM -- at least, 2 GB -- and a faster, more modern processor, to allow a better multi-tasking experience.

Although the press were expecting only two new phones to be announced today, i.e. updated versions of the Moto X and Moto G, Motorola surprised everyone by announcing two new Moto X models -- Moto X Play and Moto X Style -- as well as the new Moto G (3rd Gen).

Let’s take a quick look at the specs for these three new phones to see if Motorola has a good chance of meeting (and hopefully beating) the consumers’ expectations.

First, here are the technical specifications for the new Moto G (3rd Gen):

The display of the new Moto G is just as nice as in the previous two generations. The signature curved design of the back panel is still there, but this time, it feels even better thanks to a new textured skin. The front and rear cameras are more high resolution than before, but just as quick to focus and take a photo. What is slightly disappointing is the lack of NFC support and the fact that the base model comes with only 8 GB of storage and 1 GB of storage; the latter is not really acceptable in a 2015 midrange phone and unless you have a really tight budget, you should avoid this variant and save up for the variant with 16 GB of storage and 2 GB of RAM.

Now, let’s look at the specs for Moto X Play:

The two new Moto X models offer an even more premium look and feel than the previous versions of the Moto X due to a greater choice of premium materials for the back cover. Out of the two, I would personally go for the Moto X Play because to my eyes the difference between the two screens is not that great and the lower resolution screen combined with the slower processor and higher capacity battery should ensure very good battery life. I like both models, but I am surprised that even the flagship model, the Moto X Style, does not offer optical image stabilization for the rear-facing camera, which could mean that low light photography could be problematic.

Going back to the question posed earlier in this article, I think it is safe to say that Motorola has raised the bar once again. All three new members of the Moto family look great, feel great, and deliver great value for money.