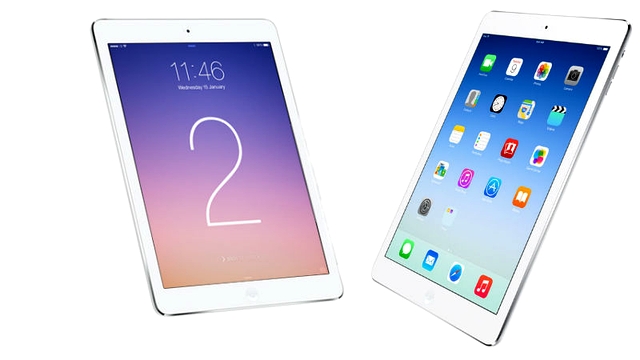 Apple is still first place in the tablet market, despite two years of solid decline in sales. The figures released by IDC earlier this week show Apple as the major vendor, with 24.5 percent of the market share.

This is a far cry from Apple’s performance three years ago, when it held almost 50 percent of the tablet market. The tablet has continuously lost market share since, dropping three percent since 2014 and shipping 2.4 million less units.

Apple is not the only provider dropping sales, Samsung has also seen a 12 percent decrease in year-on-year sales. The South Korean manufacturer holds second place in the tablet market with 7.6 million sales and 17 percent market share.

Below Apple and Samsung, things look brighter. Third place Lenovo managed a 6.8 percent increase this year in sales, but only sold 2.5 million units. Huawei noted a much larger increase, 103 percent, with 1.6 million sales in 2015.

Samsung’s main rival in South Korea, LG, is the biggest winner this year, with 246 percent increase in sales. It managed 1.6 million tablet sales in 2015 and has shown a ferocity in its first year, with a large G Pad lineup ranging from 7 to 10-inches.

Apple might not be down for the count just yet, with plans to launch the iPad Pro later this year. Its iOS 9, the latest software update, also comes with iPad-specific multitasking functionality, a boon for power users that want a tablet. 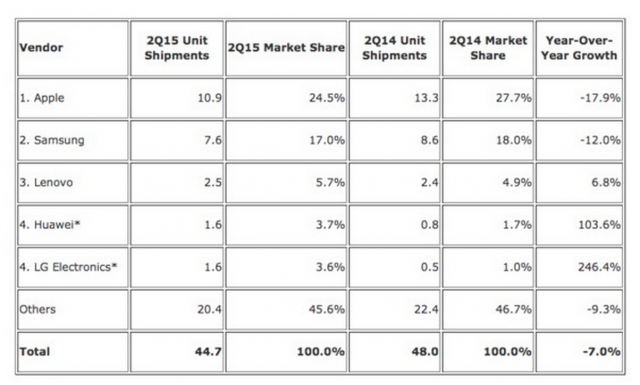