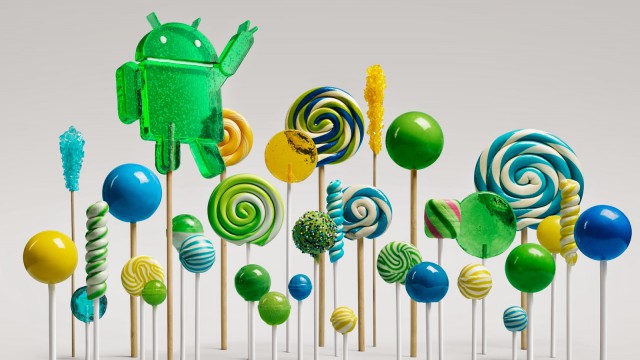 Google released its monthly distribution numbers for Android earlier this week, showing quite a large spike in Lollipop growth in the month of July. Lollipop went from 12.4 percent in June to 18.1 percent in July. The growth mostly came off the back of Jelly Bean updates and new device sales.

Jelly Bean, the previous holder of the top spot, slumped down to 33.6 percent in July from 37.4 percent last month. KitKat received a slight boost of 0.1 percent this month, most likely due to continued sales of early 2015 devices running the OS.

Ice Cream Sandwich is in the dead zone, with 4.1 percent adoption. That is lower than Gingerbread, Google’s Windows XP, which still holds 4.6 percent of the market. Somehow Froyo still has 0.3 percent market share, meaning there are hundreds of thousands of people still actively using devices from 2010.

Android continues to show improvements in upgrade speed, with the Gingerbread clump finally removed. The yearly upgrades with increased developer support mean devices that launched running Ice Cream Sandwich or Jelly Bean are being upgraded to KitKat and Lollipop, instead of being left in the dark.

It still lags behind iOS adoption rate however, with iOS 8 grabbing over 60 percent of customers in the first year. Apple has lowered the system requirements for iOS 9, meaning even more iPhone and iPad owners will jump over to the new OS in the fall.

Android M is the next big step for the mobile OS, with performance enhancements, privacy, developer support and fingerprint software. Google is currently offering a developer preview for enthusiasts and developers, before launching it later in the year. 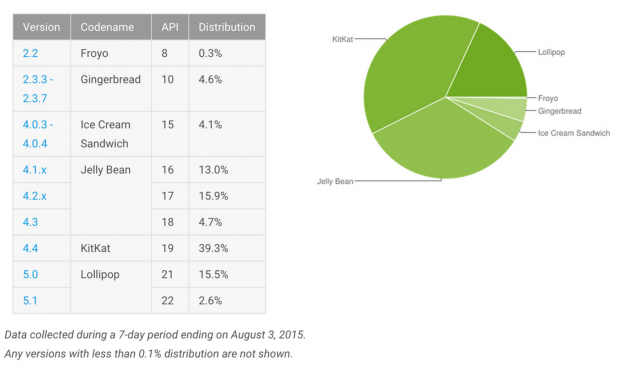