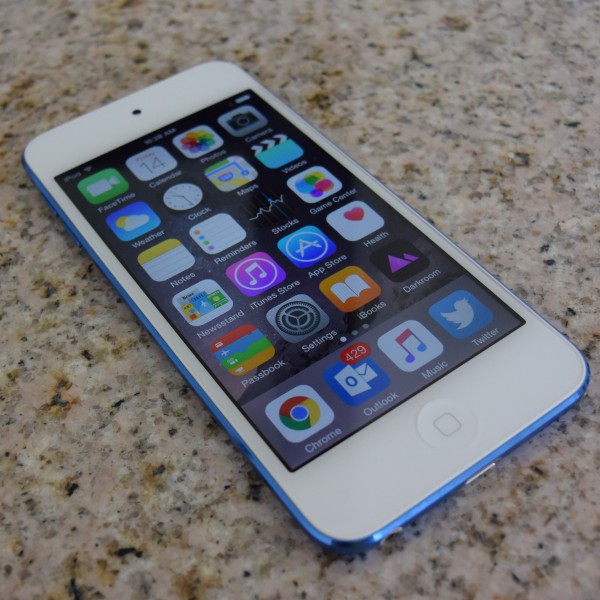 When Apple unveiled the first iPod, it was a game-changing moment. While not the first portable digital music player, it was the first to nail the interface and experience. Later models would feature the legendary click wheel and expand to photos and videos too.

With the release of the iPhone, however, the death of the traditional iPod was guaranteed, but it hung around longer than most expected. It was the iPod touch that was the obvious successor, as it not only played music, but ran iPhone apps too. Apple recently released the new 6th Generation iPod touch, and I've been testing it out. Is it the best iPod touch yet?

Upon taking the iPod touch out of the packaging, I was immediately surprised by how small it is. In a world where phablets are becoming the norm, a 4 inch screen looks very tiny. Your mind and eyes quickly adjust, however, and the display becomes a joy to use.

The smaller size is appreciated, as it makes the iPod touch lighter and more compact -- perfect for exercising or putting in a shirt pocket when going for a walk. Gaming with it is a treat, as it fits comfortably in the hands. I prefer playing mobile games on the iPod touch as opposed to my monstrous Nexus 6.

The iPod touch is designed with music and other multimedia in mind, however, and it really shines here. It is the perfect way to experience the wonderful Apple Music streaming service. Whether using the stock earbuds or my Beats headphones, my favorite songs sound wonderful.

While you don't have to use Apple Music with the new iPod touch, Apple's streaming service is a phenomenal experience and I would suggest trying the service if you haven't already. The iPod touch and Apple Music are just meant to be together.

Apple Music features intuitive human-curated playlists that makes relaxing with the iPod touch a dream. I went into my backyard, sat in a chair, started a playlist and mindlessly relaxed and enjoyed the music. Never would I need to skip a track. 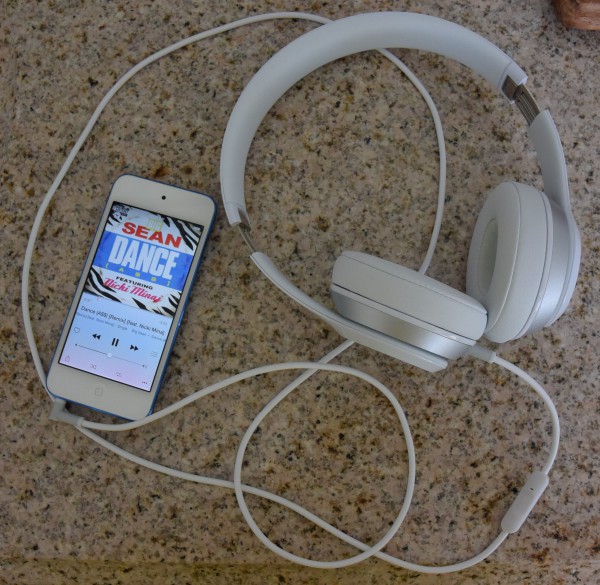 If you will be traveling somewhere without Wi-Fi, don't worry -- you can easily add songs from your iTunes library or other MP3s too. The model I am using has 128GB, meaning there is plenty of space for music, and videos and apps too. The iPod also comes in 16, 32 and 64GB sizes.

The beauty of the 6th gen iPod touch, of course, is that it runs iOS and has the same A8 processor found on the iPhone 6 and 6 Plus (no Touch-ID, sadly). In other words, it has access to the best mobile apps and can run them like a champ. If you are already an iPhone or iPad user, you will be right at home. 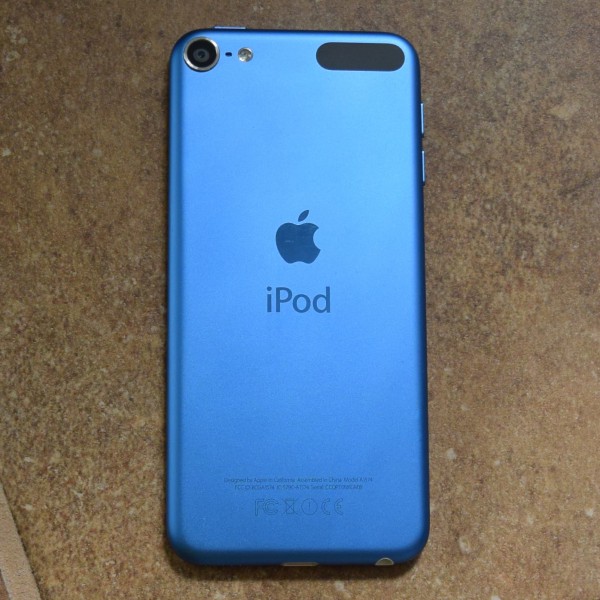 The question of course, is why buy an iPod touch if you already have an iPhone or Android phone? Great question. The answer, comes down to size, battery and apps.

For iPhone and Android owners, having an iPod touch means you won't have to drain your phone's battery when listening to music. If you listen to a lot of music, you know that it can impact the battery. Streaming services, such as Apple Music and Spotify can drain it even quicker. The iPod touch will enable your iPhone battery to last longer. 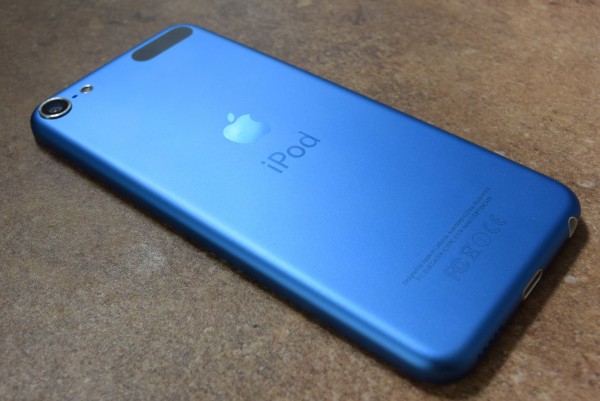 The size is a big issue, as the iPhone 6, 6 Plus and Android phablets are rather large, making them a poor choice for someone who wants to go for a run while listening to music. The iPod touch is pocket or armband nirvana, making it the perfect exercise companion. 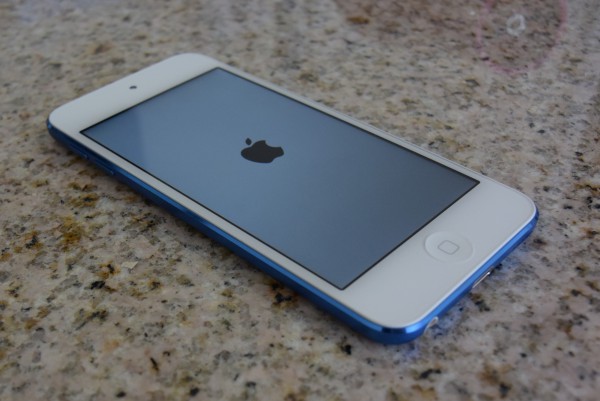 The app aspect is for Android or Windows Phone users, as they are missing out on some great iOS apps. For Windows Phone owners in particular, an iPod touch can sort of solve the app gap, as they can use the iPod for times when a needed app is not available, such as a bank's check deposit.

For Android, there are plenty of great apps, but some great apps are still iOS-only. Often, the ones that are on both Android and iOS are superior on the latter. Even Google's own apps, like Hangouts and Google+ are typically superior on iOS.

The iPod touch would be a great choice for those without smartphones too, such as an elderly parent or a child. Apple's device can be a great companion to a dependable flip phone. The Wi-Fi only nature makes it a smart way to prevent data overages from irresponsible kids too! 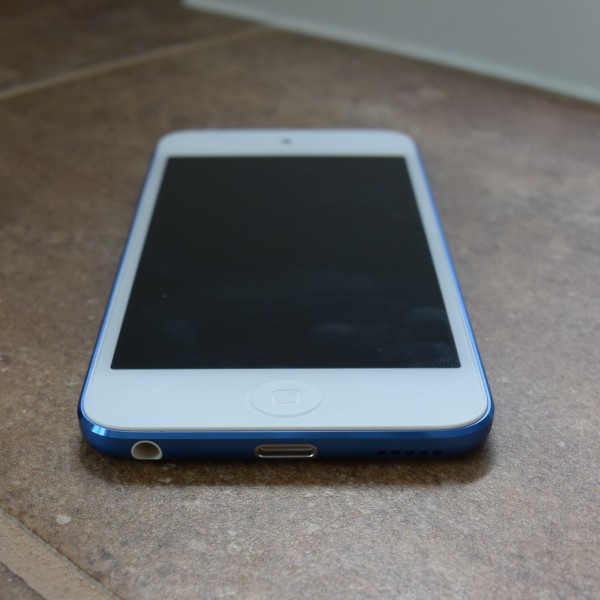 Battery life is very good, but will vary based on your use. In my case, playing games, listening to music and checking social media, I average about 7 to 8 hours. Movies, of course, will take this average lower.

Believe it or not, watching movies -- both films and YouTube -- on a 4 inch screen is surprisingly good. Kudos to Apple for including such a crisp and beautiful screen; colors really pop and I had no problem becoming immersed. 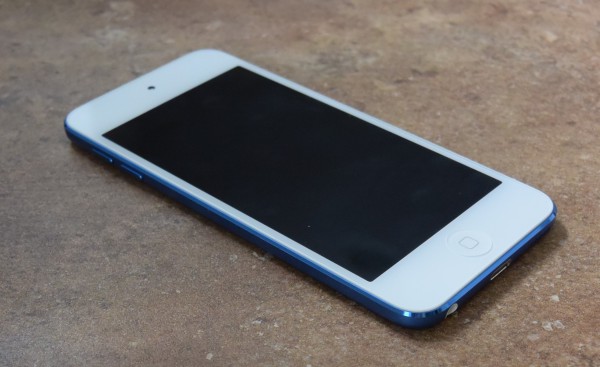 The rear 8MP camera is surprisingly great. True, it is not as good as the shooter found on the newest iPhones, but it still wonderful nonetheless. The adage is, the best camera is the one you have available, and if that happens to be the one on the iPod touch 6th gen, you will not be disappointed. 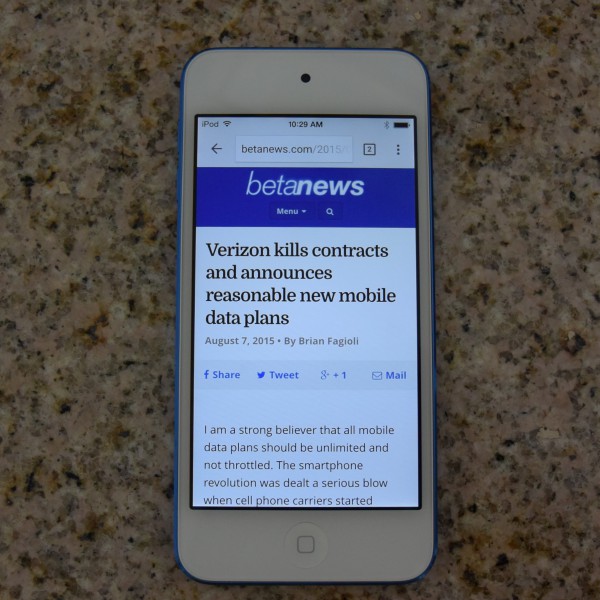 The front camera could be better, as the 1.2MP sensor produces grainy photos and video. With that said, it works absolutely fine with Facetime and other video communication solutions. Quite frankly, I don't care much about the quality when seeing my family's faces while traveling -- just seeing them at all is magic. 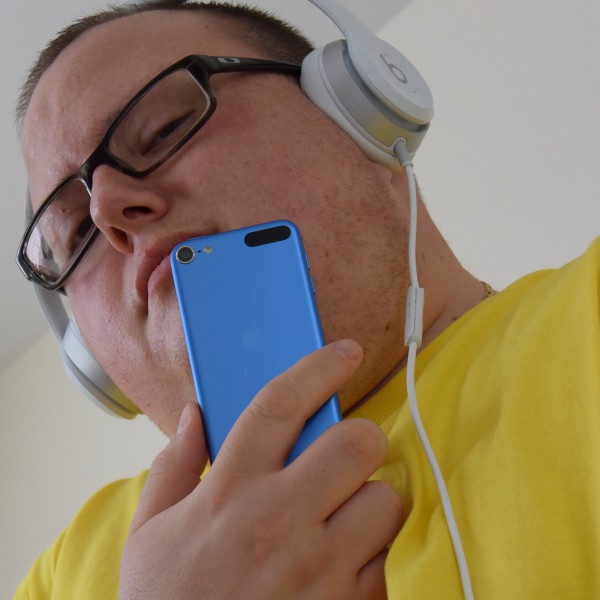 Speaking of magic, it is a cliché, but Apple has once again used magic when creating the iPod touch 6th Generation. The build quality is exceptional, the screen is both sharp and beautiful and apps run very quickly with no lag.

Overall, Apple's newest iPod touch is fun to use and very powerful. Its design is a technological work of art -- classic, yet modern. It is the best music player on the market -- the best iPod ever. Period. There is definitely a place for the new iPod touch in your life. Highly recommended.

To buy your own 6th Generation iPod touch, you can get it here. Which color and storage capacity will you choose? Tell me in the comments.