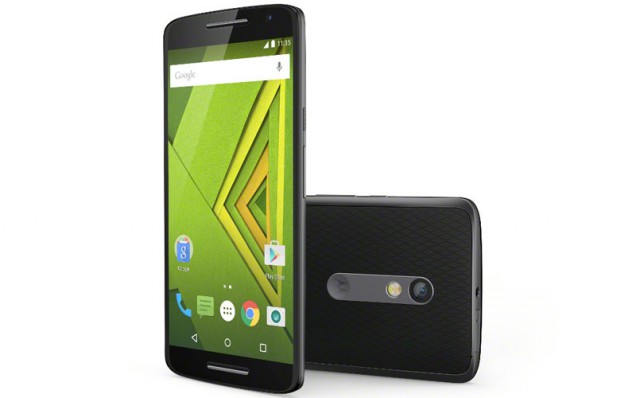 Motorola today launches the Moto X Play in India. The highlights of the handset are its high-end specifications and an equally interesting price point starting at Rs 18,499 ($275) for the 16GB storage variant.

As for other specifications, the Moto X Play sports a 5.5-inch FHD (1920 x 1080) display offering 403ppi pixel density and Corning Gorilla Glass protecting the screen from scratches. It is powered by a Qualcomm Snapdragon 615 octal core processor clocked at 1.7GHz coupled with an Adreno 405 GPU and 2GB of RAM.

On the camera front, the Moto X Play include a 21-megapixel rear camera with an f/2.0 aperture and a CCT (Colour Correlated Temperature) flash and dual-LED modules. It also features Phase Detect Auto-Focus (PDAF) and can shoot videos at 1080p at 30fps. The company also announced several features including the ability to take a picture by tapping anywhere as well as support for slow motion video, video stabilization, 4X digital zoom and auto HDR among others. On the front side there is a 5-megapixel sensor.

Other features of the Moto X Play include support for LTE on both SIM cards, and a microSD card. On the battery front, there's a 3,630mAh cell, which as the company claims, could last upto 48 hours on a single charge. It also supports Quick Charge, which can offer up to 8 hours of usage with just 15 minutes of charge, the company claimed. It comes in black and white colour options. The 32GB variant is priced at Rs 19,999 ($300). The Moto X Play will go on sale starting September 15 on Flipkart.