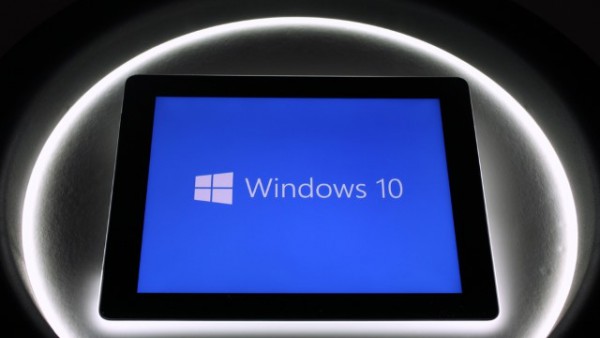 Launching a new web browser was always going to be a risk. Microsoft used Windows 10 as a launch pad for Edge, shedding the shackles of Internet Explorer in a bid to take on the likes of Chrome and Firefox.

Sadly for Microsoft, new figures show that Edge is failing to make inroads into Google's and Mozilla's market shares. Analysis performed by Quantcast shows that in the US just 12 percent of Windows 10 users are using Edge, while Chrome is sitting pretty with a greater than 70 percent share.

With Microsoft Edge the new default browser in Windows 10 -- and with 110 million installs -- it would be reasonable to expect that Microsoft's own web browser would be faring rather better. But Quantcast's figures show that Edge seems to have stolen Internet Explorer's crown as the web browser that is used to download another web browser. 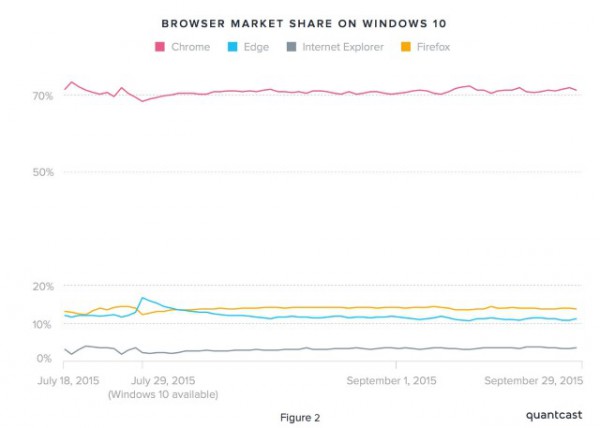 Once Windows 7 and 8 are factored in, Edge's share shrinks further -- but so does Chrome's. Internet Explorer still accounts for around 20 percent of the market, but looking at the Windows 10 stats it is clear that people upgrading to the latest version of Windows are also using it as an opportunity to check out the browser competition. This is borne out by Chrome's larger share of Windows 10 users when compared to Windows 7, 8, and 10 combined.

14 Responses to Windows 10 sees people ditching IE -- but Chrome wins out, not Edge