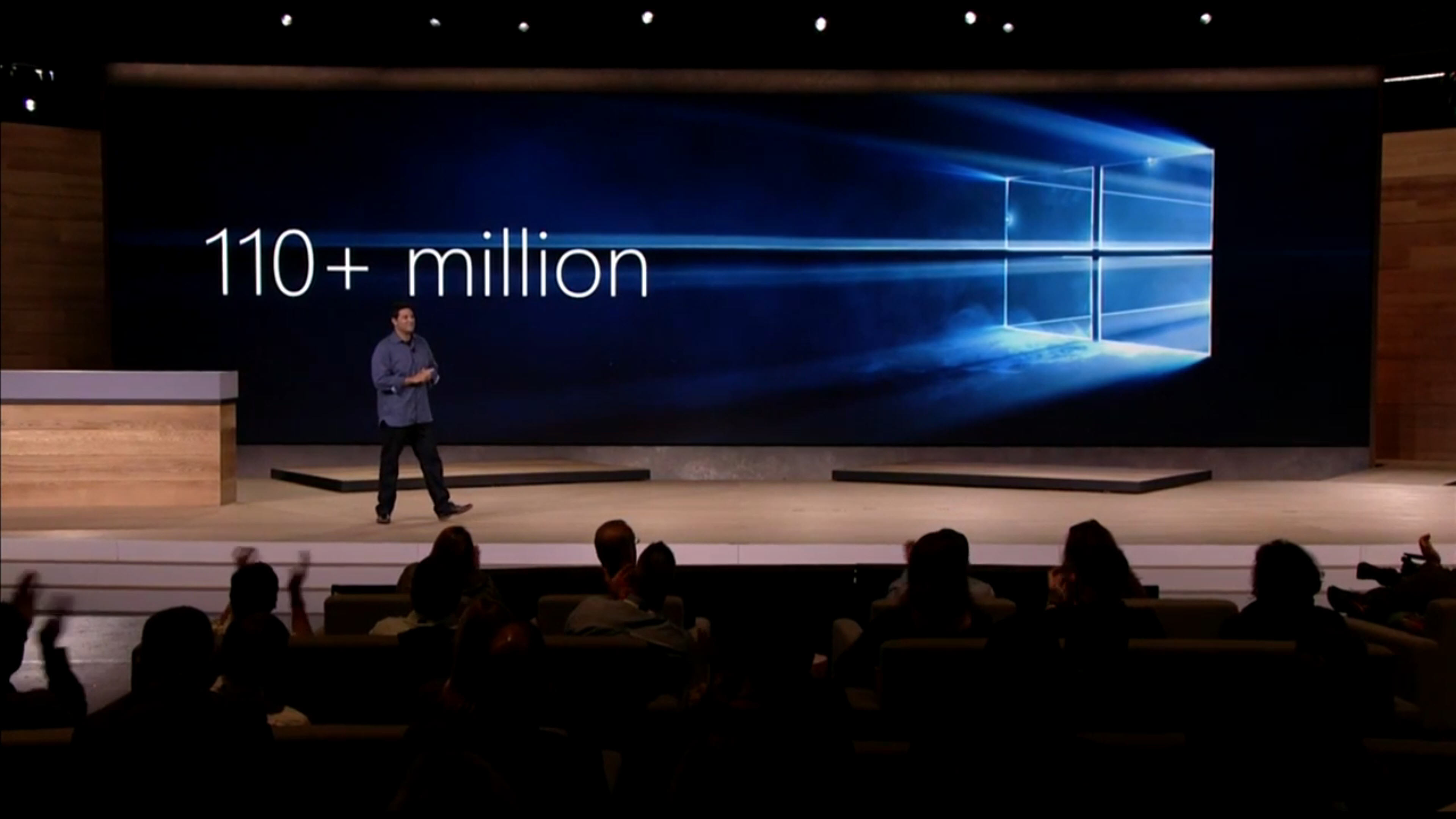 Microsoft has been releasing regular updates concerning Windows 10 adoption. At the end of August, Yusuf Mehdi, Corporate Vice President of Marketing for Windows and Devices, shared the news on Twitter that Windows 10 was on 75 million devices. At the end of last month, Microsoft By The Numbers said that number had increased to over 100 million.

Today, at its new Microsoft devices event in New York City, Terry Myerson, Microsoft's EVP of Windows and Devices Group, provided the newest update, announcing that the new OS is now on over 110 million devices.

That’s a decent increase, but does show the adoption rate slowing slightly, as is to be expected.

The vast majority of devices updated to run the new OS are consumer ones. Business PCs currently only account for just over 8 million devices, but we all know how slowly upgrades happen in the business world.

Myerson also revealed that there have been over a billion visits to the Windows Store, and that new, big name apps were coming soon, including releases from Facebook -- one of the big absentees -- and Uber.