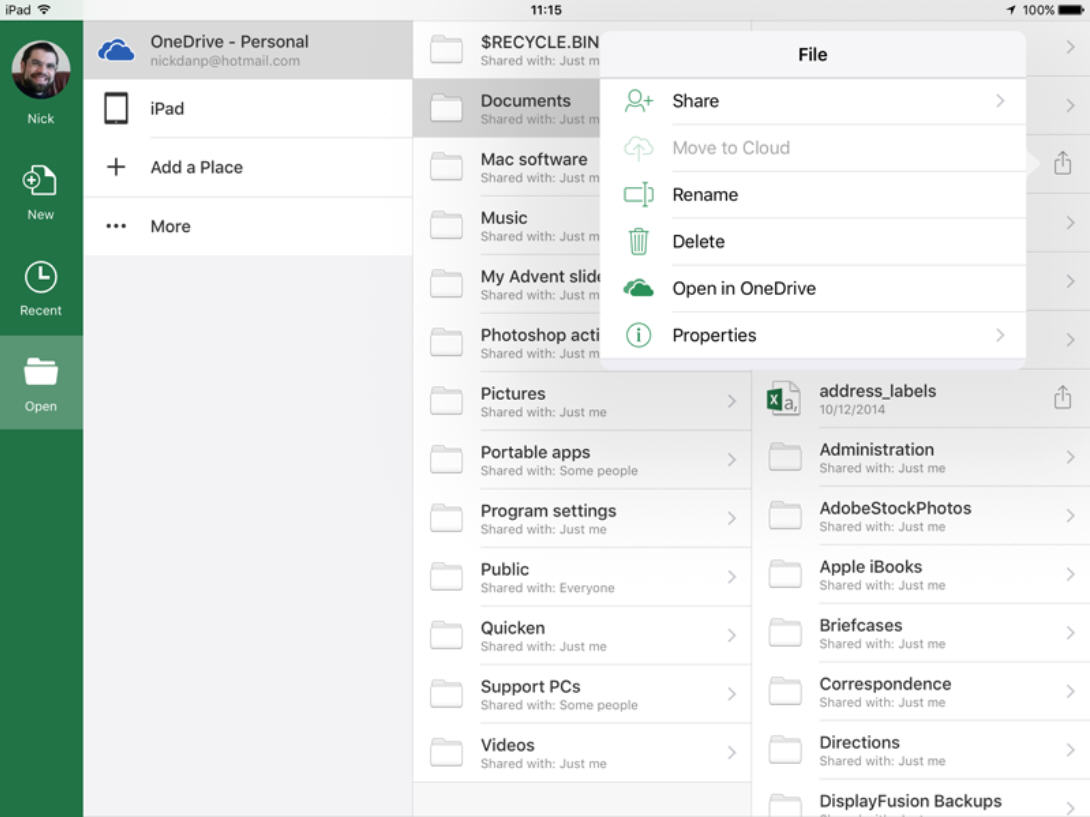 Microsoft has released new versions for the three core apps in its iPad and iPhone Office suite. Word for iOS 1.14, Excel for iOS 1.14, and PowerPoint for iOS 1.14 all gain minor improvements and new features as part of the suite’s ongoing evolution.

The rather basic (and essential) ability to rename files has finally been added to all three apps via their Open and Recent tabs -- just tap the share button to the right of a document and select Rename from the pop-up menu to make the change.

Both Word and PowerPoint apps also improve font handling, automatically downloading any missing fonts from the internet should they be detected in the currently open document.

Word users can now quickly navigate long documents by swiftly jumping to a specific page -- to do this, scroll, hold and drag to go directly to the page required.

Excel users also gain a number of improvements over commenting, currently restricted to the iPad version only. First, support for creating and editing comments directly has been added -- users can create new comments via the new Review tab. The feature is also accompanied by the addition of a Comments task pane to make reviewing comments much easier than before -- tap Show/Hide Comment to bring it into view or remove it. Existing comments can then be reviewed, edited or deleted direct from here.

The updates follow on from last month’s 1.13 update, which introduced support for multi-tasking in iOS 9, allowing each app to be run side-by-side with other apps. A new 'Resume reading' feature -- also introduced to recent desktop releases -- was added.

Also recently updated were Outlook for iOS 1.4.5 with bug fixes, while OneNote for iOS 2.16.2 has been relaunched as a universal app for iPad and iPhone.

Word for iOS 1.14, Excel for iOS 1.14 and PowerPoint for iOS 1.14 are available now as a free, function-limited downloads for iOS 8 or later. An Office 365 subscription is required to unlock their full functionality.

One Response to Word, Excel, and PowerPoint for iOS gain more new features