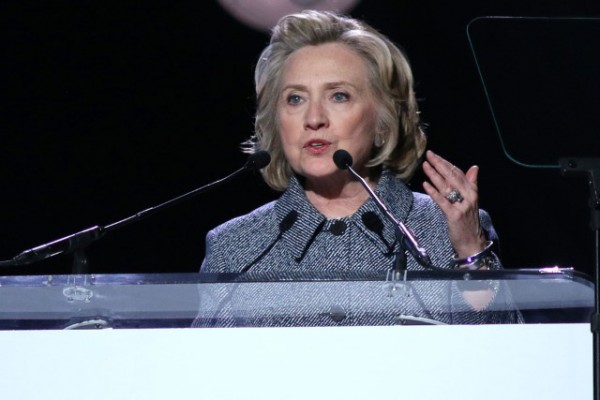 Hero or villain? Opinion is very much divided about Edward Snowden. For Hillary Clinton there is no question -- he is a villain who broke US law and should face trial. The NSA contractor became a topic for discussion between Clinton and Bernie Sanders at last night's presidential debate, and the two candidates had slightly differing views of how he should be treated.

Snowden has said that he would be willing to serve time in jail, going as far as offering himself up to the government. He says that he has received no response -- something that would apparently be very different if Clinton succeeds in her presidential bid. While Clinton is taking a hard line, Sanders offers more leniency.

Edward Snowden used his position to expose the secretive surveillance being carried out by the US government. While this has sparked a global debate about privacy and security, Clinton is ready to come down on him. Hard. She said:

He broke the laws of the United States. He could have been a whistleblower, he could have gotten all the protections of a whistleblower. He chose not to do that. He stole very important information that has fallen into the wrong hands so I think he should not be brought home without facing the music.

Sanders recognizes the fact that laws have been broken, but adds that "Snowden played a very important role in educating the American public" and this should be taken into account. He would still like Snowden to face trial, but believes the sentencing should reflect the good that came out of blowing the whistle, as well as the bad.