It's Michael Dell versus the world and Dell will win 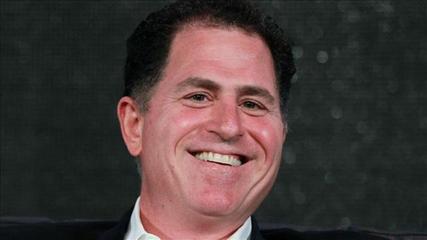 In my last column I wrote that Dell buying EMC is a great idea (for Dell) and left it to this column to more fully explain why that is so. It takes two columns because there is so much going on here in terms of both business models and technologies. As the title suggests it comes down to Michael Dell against the world and in this case I predict Dell will win, Cisco, HP and IBM will lose, Apple will be relatively unaffected and I don’t really know what it will mean for Microsoft but I think the advantage still lies with Dell.

One thing that is key is every one of these companies except Dell is publicly traded and answerable to Wall Street while Dell is for now answerable only to the gods of Texas bidness who must at this point be giddy with greed. So all of these companies except Dell have essentially the same playbook -- cutting costs, laying-off workers and outsourcing like crazy all to pay for the dividends and stock buybacks Wall Street defines these days as prudent corporate behavior. In contrast to this defensive game Dell can use its free cash flow to transform the company and dominate the market -- what 20 years ago we would have thought of as the right way to build a company. How quaint.

In order to become dominant Dell has to build or buy companies in these areas -- network, storage, compute, virtualization, security, and integration consulting. Notice that last item because it means Dell will also challenge integrators like CSC, SAIC, HP-EDS, IBM, etc. Why buy integration from anyone other than the equipment provider? If Dell has compute, storage, network, and virtualization why look at HP or IBM for any of those parts?

Buying EMC Is Just the Beginning of This Battle for Dell.

Many readers disagree with me about this as you can see in the comments from my last column. But here it is important to differentiate between business today and business in the future. My critics are too often living in the future, which is to say seeing Sand Hill Road startup trends as what matters when all they really are at this point are trends, not sales.

"VMware is an afterthought in most cloud discussions", said one reader. "They owned the first wave but have been almost non-existent in the second container wave. This is classic innovator’s dilemma stuff. Their cash cow is large boring old companies running their own data centers. They’ve had zero incentives to innovate towards the faster-booting/application-centric/devops-friendly model etc. that the Herokus/AWSs/Googles/Dockers etc. of the world have been running towards the past 4-5 years. VMWare has been waking up the past year or two but it’s almost certainly too late. I have a friend, one of the early engineers at VMWare, that quit in disgust 5-6 years ago as he saw the writing on the wall and management wouldn’t budge. Cost isn’t the problem. Their tech just doesn’t matter much anymore".

I’m not saying this reader is completely wrong, but I’m not sure it really matters.

Let me explain, VMWare has about 85 percent of the corporate hypervisor market. Microsoft’s HyperV has been making some inroads. There’s a little Citrix (hypervisor) out there. And Citrix XEN is the big player in the cloud world right now. Yes, there’s a lot of interest in Docker but from a corporate point of view it is not quite ready from prime time. Stop talking to VCs and startup engineers and start talking to IT managers and you’ll discover they all use a lot of third party software that doesn’t support Docker. And the big vendors aren’t helping Docker, either. Oracle, for example, has bought a lot of products (eg WebLogic) and is putting very little R&D into them, so Oracle’s adoption of Docker has been painfully slow. So even if my reader is correct, before businesses can move to Docker they’ll need comparable features in Docker that are in VMWare and support by the third party software firms like Oracle -- support that so far doesn’t exist.

The frustration of that VMWare engineer who quit is common in the industry. I’m not even going to blame Wall Street for this one. Engineers -- especially early software engineers in startups -- love to get disgusted and quit. It’s what they do to make way for the next wave of engineers.

And in contrast to his attitude of disgust I have to give EMC credit for when they bought VMWare they allowed it to continue to develop and invest in the product. If you look at VMWare today, five years ago and 10 years ago, it has shown pretty impressive progress. Some of their features are still unique in the market. EMC didn’t gut VMWare as IBM or CA would have done.

One of the big challenges in Cloud is to keep corporate data and processing separated and to be able to replicate the complex network and storage for applications. A typical big company could have hundreds of VLAN’s on its network. If you are a cloud provider with hundreds of big company customers, that’s tens of thousands of VLANs that you absolutely, positively must keep isolated. While Docker is really exciting, this scenario also requires software defined networking and software defined storage. VMWare has very good technology in this area. They understand things the others are just beginning to figure out. This is why Dell is buying EMC.

But buying EMC is just the first step for Dell if it is going to change corporate IT through full infrastructure integration.

Apple is now a consumer IT shop so it probably won’t be affected by any of this. Dell is going to be the exclusive Small and Medium Business, (SMB) and Enterprise IT shop. This brings us back to compute, storage, network, cloud, security and operations/integration which will be Dell’s response to IBM’s CAMSS (cloud, analytics, mobile, social, and security) with the major difference between the two being that Dell’s focus is real and IBM’s is not.

So here’s what Dell is going to do (or has already done) in each of these areas:

Here’s what I think will eventually happen to a variety of big vendors as a result of this new Dell strategy: first HP and IBM will go down in flames.

Cisco, Juniper, Brocade, and Citrix will all be affected. Cisco should respond by buying NetApp. Remember you read it here first.

But VMware has already won the Enterprise so even if Cisco buys NetApp they will still run VMware and still need RSA.

This strategy was originally developed in the early 1990s when Microsoft came up with Office to go after Harvard Graphics, WordPerfect, Lotus 123 and dBase. The difference this time is that this breakup of the Operating System is not going to fly. The battle will be in the courts globally and Microsoft will lose. Office was better, HyperV is not. Every enterprise in the world will have to drop billions in VMware development and experience for HyperV so they all will go to court to stop Microsoft.

One reader pointed out that Microsoft helped Dell go private with a $2 billion loan. In the context of a $100+ billion enterprise I don’t think this is enough to immunize Redmond from the future.

WAN providers, AT&T, Verizon, CenturyLink, Comcast, Time-Warner: This is as big for them as IT hardware companies. Virtualization needs two things speed and Layer-2. Currently Enterprise clients use MPLS-VPN from the telephone companies. Dell is going to tell the clients to move to Carrier Ethernet.

Cisco has pointed out to the telephone companies that Carrier Ethernet from 2.5MbE to 10GbE operational costs are 75 percent less than MPLS. With Comcast and the cable industry moving into the Enterprise space we will see the Carrier Ethernet explosion take place. 10GbE to Dell VMware Cloud equal to 10GbE between your data centers. Edge at 100MbE to 1GbE. All virtualized. The telephone companies are going to be stuck in the MPLS-VPN marginal cost structure and stay with more expensive, slower Layer-3 topologies.

Oh, and there’s one more thing -- mobile. Dell has had a sorry history in handhelds and phones but with the EMC deal (combined with all these other details) there’s one more element that nobody has yet mentioned -- AirWatch, which comes with EMC. In case you don’t know AirWatch, they are one of the top two players in the mobile sector for wrapping. Every financial firm in the world uses mobility management software on their phones to control the app environment as well as meet regulatory requirements. Dell now has a seat at that table, too.

I’m not saying it’s game over but corporate IT is about to radically change and Dell will be the big winner.