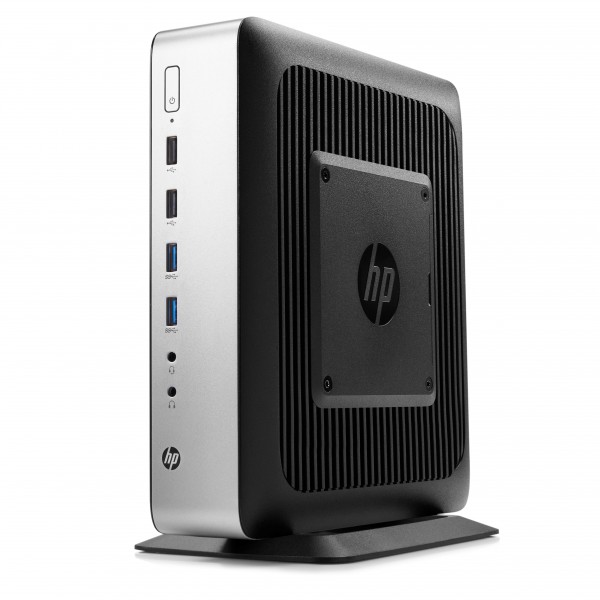 Business workstations and thin clients are often boring affairs; however, they do not have to be. There is no reason why such a computer cannot have some sweet technology inside of it.

Today, HP announces the t730 thin client -- an exciting thin client. This svelte machine features a quad-core AMD APU and up to 16GB of RAM. The truly impressive aspect, however, is that it can natively support 4K video out -- HP claims it is the world's first thin client to do so. It features an impressive four full-size DisplayPort connectors. You can even add an AMD Fire Pro W2100 for a total of six Display Ports.

"The new performance leader in the HP Thin Client lineup empowers businesses to work in the content-hungry environment they want, without add-ons, extras or options. The HP t730 excels in this emerging market for customers in high-performance sectors, like financial services, oil/gas, digital media, and engineering, with an easy and secure solution to drive their heavy content needs", says HP. 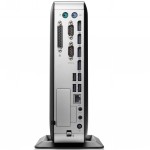 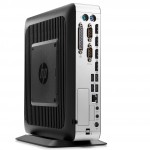 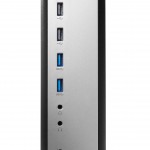 What I really love is that both Linux and Windows are available. If you want a Microsoft OS, you can opt for Windows 10 IoT Enterprise for Thin Clients or Windows Embedded Standard 7P. Linux lovers can choose either the HP Thin Pro or HP Smart Zero Core operating systems.

If you are a decision maker in your company, the $599 starting price should be very attractive. If you are a lower-level IT worker, the low-price and impressive features should make this an easy sale to management.

If you are interested in buying, it will be available in December. In the interim, you should contact your existing HP business contact for more info. If you are not currently under contract with HP, or any other company, you can contact its general business sales line to establish a relationship.