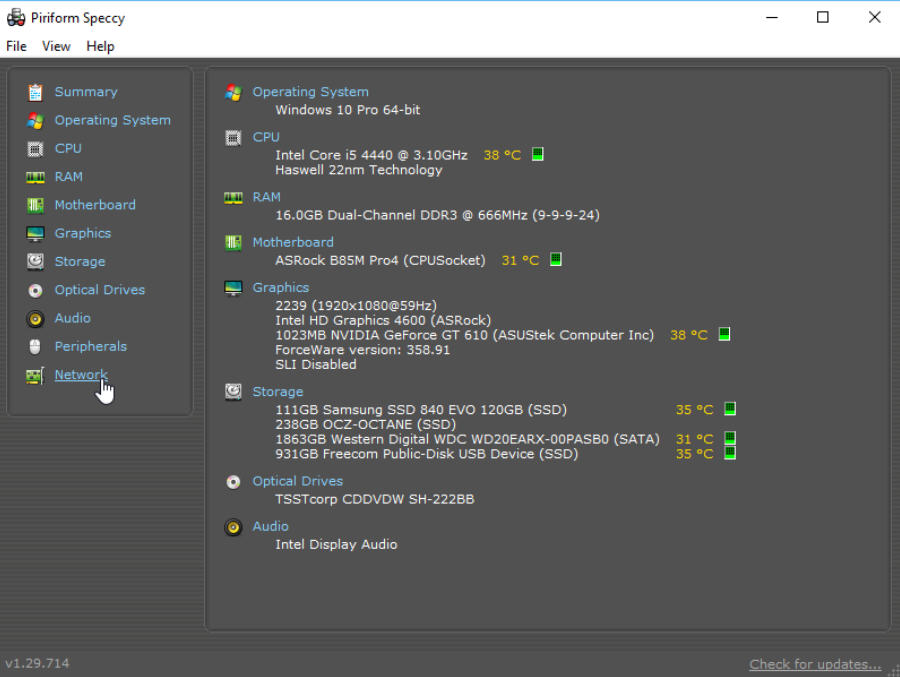 Piriform has released Speccy 1.29, a new version of its free Windows system information tool. The headline new feature in version 1.29 -- also available as a standalone portable build -- is improved support for the latest generation of Intel processors.

Speccy bills itself as a fast, lightweight and advanced system information tool for PCs, providing both an overview and detailed information about the components and peripherals connected to the PC it’s running on.

It includes a feature for saving snapshots of system information (including support for XML and text formats) for sharing with tech support, friends or other interested parties.

The new release is the first for over ten months, and opens by promising better support for Intel’s newest Skylake and Broadwell processors. It’s also updated to restore compatibility with the latest build (10586) of Windows 10 -- prior versions were removed by Windows during the upgrade process due to compatibility issues.

The new build also claims to improve the detection of peripherals and network adapters thanks to an updated hardware detection algorithm.

There’s also the promise of improved localization and language support.

Speccy 1.29 is rounded off with the customary bug fixes and tweaks to the GUI. It, along with Speccy Portable 1.29, is available now as a free (for personal use) download for PCs running Windows XP or later. Commercial licenses are also available.