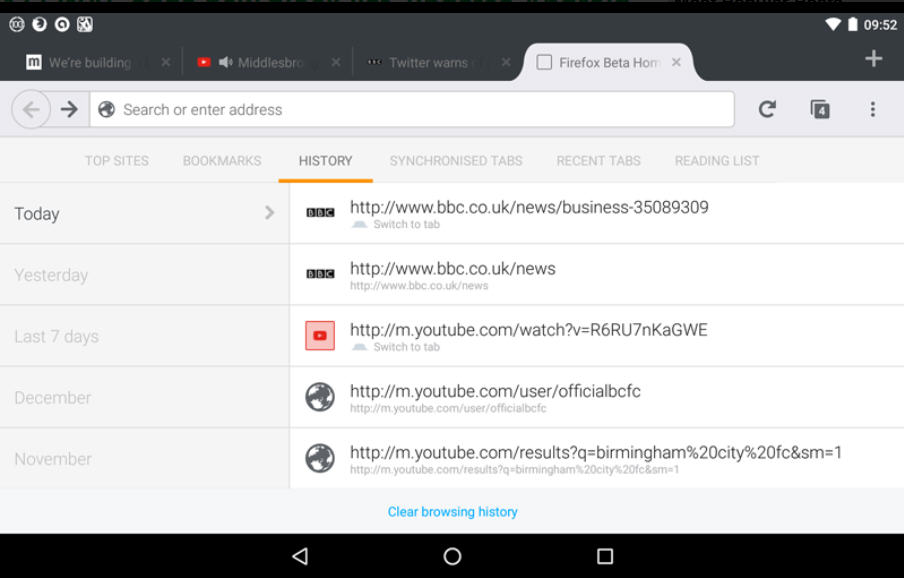 Mozilla has rolled out Firefox 43 FINAL for Windows, Mac and Linux, with Firefox 43 for Android due to follow imminently.

The desktop build gains few notable new features -- including a secondary Private Browsing block list, but the most interesting changes can be found with the Android build.

Android users gain the tab audio indicator feature introduced in version 42 of the desktop build, allowing them to discover which website is playing unwanted audio.

There are also accessibility improvements with TalkBack users gaining better support for scrolling, zooming and BrailleBack as well as the implementation of new Firefox-specific options to its context menu.

Firefox for Android also introduces the ability to mark items read or unread in the reading list panel, while the History panel gains a new split-pane style when accessed on tablets in landscape mode.

The Android build also tweaks the toolbar menu to better fit in with Marshmallow’s UI and -- last but not least -- includes the source URL when sharing selected text from a web page.

Both desktop and Android builds gain improved API support for m4v video playback, while Firefox 43 for desktop also adds an option to opt in to search suggestions from the Awesome Bar. When clicking the ˅ button on the Awesome bar, users will now see an option to switch the suggestions on or off.

A new on-screen keyboard will now be displayed when selecting the input field on touchscreen devices running Windows 8 or later.

In contrast, the Developer Tools gain no less than 15 new features and tweaks, while under the hood, the program’s Health Report now uses the same data collection mechanism as its telemetry.

One notable bug fix sees the eyedropper tool now working correctly after the page has been magnified.

Firefox 43 FINAL is available now as a free, open-source download for Windows, Mac and Linux. It’ll soon be joined by Firefox 43 for Android.