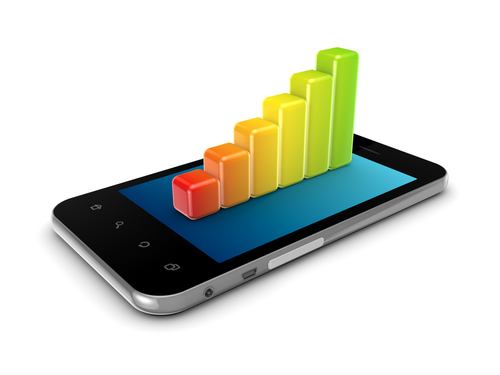 Overall mobile app usage grew by 58 percent in 2015 according to the latest figures from Flurry, Yahoo's mobile advertising and analytics platform, which tracked over 3.2 trillion sessions over the course of the year.

With the exception of games, which showed a one percent drop, every app category posted year-on-year growth. Personalization leads the way, up 322 percent, news and magazines are up 135 percent, and productivity also shows triple-digit growth up 125 percent.

Writing on the Flurry Tumblr, Simon Khalaf, SVP, Product and Engineering, Publisher Products at Yahoo says, "What was even more impressive is the majority of that growth rate came from existing users versus new users. In fact, in 2015, we estimate that 40 percent of the 58 percent total growth in sessions came from existing users, compared to 20 percent in 2014 and 10 percent in 2013".

Looked at by devices, news and magazine apps, sports apps, and music, media, and entertainment apps all saw faster growth on phablets -- a spectacular 721 percent in the case of news and magazines.

Time spent using mobile devices is up too, increased by 117 percent overall. Once again phablets lead the way with a 334 percent growth in usage as compared to 85 percent on medium phones and 81 percent on small tablets.

More details on the findings can be found on the Flurry Tumblr blog.