If you're fine with Microsoft's approach to privacy in Windows 10, you're out of touch 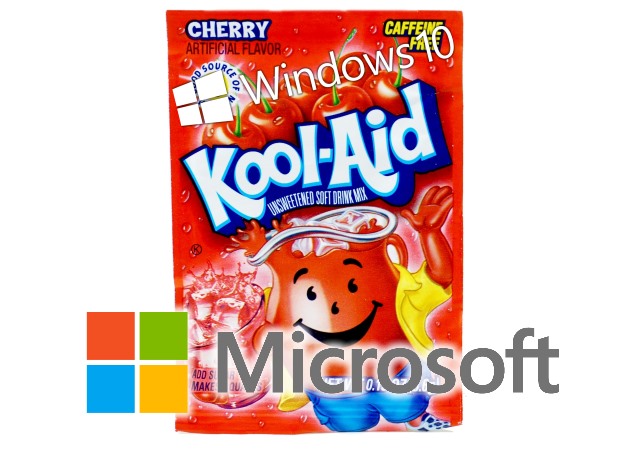 Yeah, I'm going to bang that drum again. We've talked endlessly about privacy and telemetry in Windows 10. Endlessly. It's brought up some interesting issues for debates, led to comparisons between Microsoft and Google, and lots and lots of lots of bile. A case in point is an article from dear, dear Mr Ed Bott over on ZDNet. Mr Bott refers, subtweet style, to my recent article about Microsoft recording how long people are using Windows 10.

He refers -- albeit indirectly -- to me (and writers like me who question Microsoft) as a "dedicated Microsoft hater" and a "clueless writer" peddling in clickbait. He suggests I'm not interested in facts; this despite the fact I have gone out of my way to garner such delights from Microsoft. Bott completely -- COMPLETELY -- misses the point. I can only hope he does so on purpose because otherwise he just sounds disingenuous and a bit stupid. The problem here is not that Microsoft is gathering data (as it is perfectly entitled to do so), but the lack of transparency surrounding it. Microsoft does nothing to help itself.

In my "Why is Microsoft monitoring how long you use Windows 10?" article, I do not -- as Bott suggests -- believe that Microsoft is up to anything nefarious. I am well aware that telemetry is analytics, but many people would refer to this as a form of spying -- regardless of whether there is a warning that it is taking place. The very point of my article was to ask WHY Windows usage time was being recorded, and how. Bott points to Microsoft documentation which talks about the collection of data by Windows 10, but this is incredibly vague.

I don't want to imagine why you are collecting the data and how it might be used (whether completely anonymous or not), I want to know.

This is why I ask Microsoft directly:

What I was particularly interested in was the 'how' and 'why' specifically with reference to determining how long people are using Windows 10. Is it a measure of PC up time? Time spent actively using it? Are individual apps and features monitored? How often is data recorded? What is it used for?

As I noted in my first article, Microsoft was singularly unhelpful when I reached out to the company for clarification. But following the publication of the post, a spokesperson decided to get in touch with me to provide a (meaningless and unhelpful) statement:

Microsoft is deeply committed to protecting our customers' privacy. Consistent with all modern services and websites, the Windows 10 information highlighted in the blog on January 4 is standard diagnostic, anonymous analytics that enables us to deliver the best Windows 10 experience possible. We are committed to delivering industry leading privacy protection for our customers, as shared in a recent blog from Terry Myerson.

Despite the company's endless claims of transparency (to be fair, things have improved, but there's still a long way to go), Microsoft seems incapable of answering simple, direct questions, with simple, direct answers. The response to my queries?:

Windows offers extensive information for people to learn more about privacy and Windows 10, including a blog from Terry Myerson on our commitment, and detailed information for consumers and IT Pros on how information is managed and how people and organizations can easily manage their preferences.

Bott says that not only has Microsoft been very open about the data it collects (something I would disagree with -- sure, the information is out there, but hardly in obvious places that most people would look), but that Windows 10 makes it easy for people to "dial the feedback setting back".

The average user is living in blind ignorance of what is going on in the background: that's what matters. The likes of Mr Bott and I -- and, indeed, many BetaNews readers -- will be fully aware of what the implications of telemetry are, but that's not the point. Microsoft is not conveying to the majority of people what is going on. Sure, the information is out there, but you have to look for it -- you have to know that there is something that you might need to know about.

That's the point. That's what matters. And that's precisely what those drinking the Microsoft Kool-Aid are ignoring.

My problem with Bott (in this instance) is that he is looking at the issue through the eyes of a technically minded, tech journalist -- not those of the average user.

​The average user doesn't care for analytics, telemetry, spying or however you want to refer to it.

Most people learning that Microsoft tracks -- and so what if it's anonymous? -- how long the operating system is used by people, would be a bit weirded out.

Yes, Microsoft may publish (some) info about the data it gathers, and even provide ways to control it to some extent, but this info is hardly advertised in a way or published in a place that most normal people would find it. Ditto for the telemetry-taming settings.

Ed, you can call me a conspiracy nut, a Microsoft-hater, a click baiter all you want -- it bothers me not a jot. You're wrong on all counts. All I'm doing is seeing things through the eyes of the average user.

369 Responses to If you're fine with Microsoft's approach to privacy in Windows 10, you're out of touch