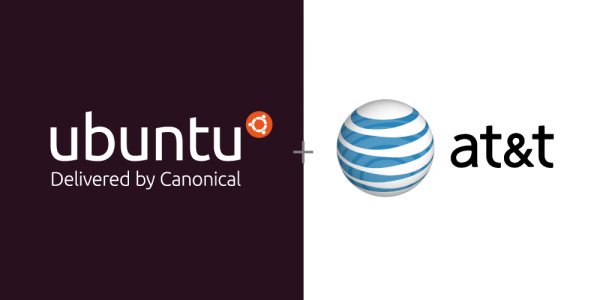 While Linux's share of the desktop pie is still virtually nonexistent, it owns two arguably more important markets -- servers and smartphones. As PC sales decline dramatically, Android phones are continually a runaway market share leader. In other words, fewer people are buying Windows computers -- and likely spending less time using them -- while everyone and their mother are glued to their phones. And those phones are most likely powered by the Linux kernel.

Speaking of smartphones, one of the largest cellular providers is the venerable AT&T. While it sells many Linux-powered Android devices, it is now embracing the open source kernel in a new way. You see, the company has partnered with Canonical to utilize Ubuntu for cloud, network, and enterprise applications. That's right, AT&T did not choose Microsoft's Windows when exploring options. Canonical will provide continued engineering support too.

"By tapping into the latest technologies and open principles, AT&T’s network of the future will deliver what our customers want, when they want it. We're reinventing how we scale by becoming simpler and modular, similar to how applications have evolved in cloud data centers. Open source and OpenStack innovations represent a unique opportunity to meet these requirements and Canonical’s cloud and open source expertise make them a good choice for AT&T", says Toby Ford, Assistant Vice President of Cloud Technology, Strategy and Planning at AT&T.

John Zannos, Vice President of Cloud Alliances and Business Development at Canonical explains, "this is important for Canonical. AT&T's scalable and open future network utilizes the best of Canonical innovation. AT&T selecting us to support its effort in cloud, enterprise applications and the network provides the opportunity to innovate with AT&T around the next generation of the software-centric network and cloud solutions. Ubuntu is the Operating System of the Cloud and this relationship allows us to bring our engineering expertise around Ubuntu, cloud and open source to AT&T".

This is a great example of a technological mutualistic relationship. Obviously, Canonical is the big winner here, as AT&T is a huge partner -- it should inject some much needed money into the growing company. With that said, AT&T is benefiting too -- utilizing Linux and other open source technologies is a smart, cost-effective, way to retain flexibility. In other words, the company is wise to choose Ubuntu.

Did AT&T make the right choice? Tell me in the comments.