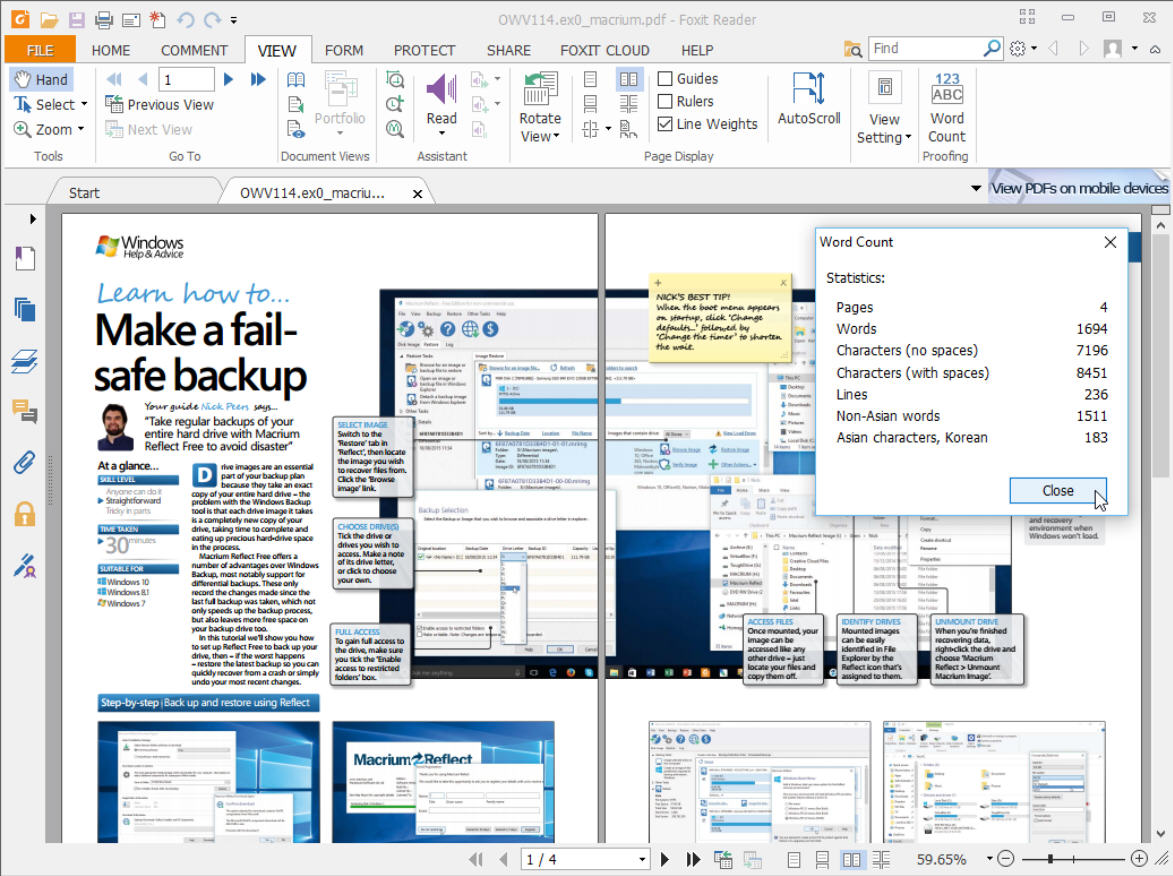 Foxit Software has unveiled Foxit Reader 7.3, its free PDF reader and creation tool for Windows PCs. The new release debuts a number of significant features, including Google Drive and OneDrive integration, plus a new word count tool and official support for Office 2016.

OneDrive and Google Drive integration can be found in the program’s File menu under "Add a place", and work in a similar way to later versions of Microsoft Office by allowing users to create shortcuts to cloud-based locations.

The program also includes a new word count tool for text-based PDF documents -- it can be found on the View tab of the program ribbon, and provides word counts for both entire documents and selected passages of text.

A new scroll lock button -- visible and triggered from the status bar -- makes it possible for users to prevent accidental horizontal and vertical scrolling of documents. The feature must first be enabled under Preferences > General.

Version 7.3 also includes a number of improvements, including PDF signing, XFA forms and to the vertical split view. It also fixes a number of known issues, including various security issues that caused crashes and exposed vulnerabilities.

Foxit Reader 7.3 is available now as a free download for PCs running Windows 7 or later. Microsoft Office 2007 or later is required for certain PDF creation features.