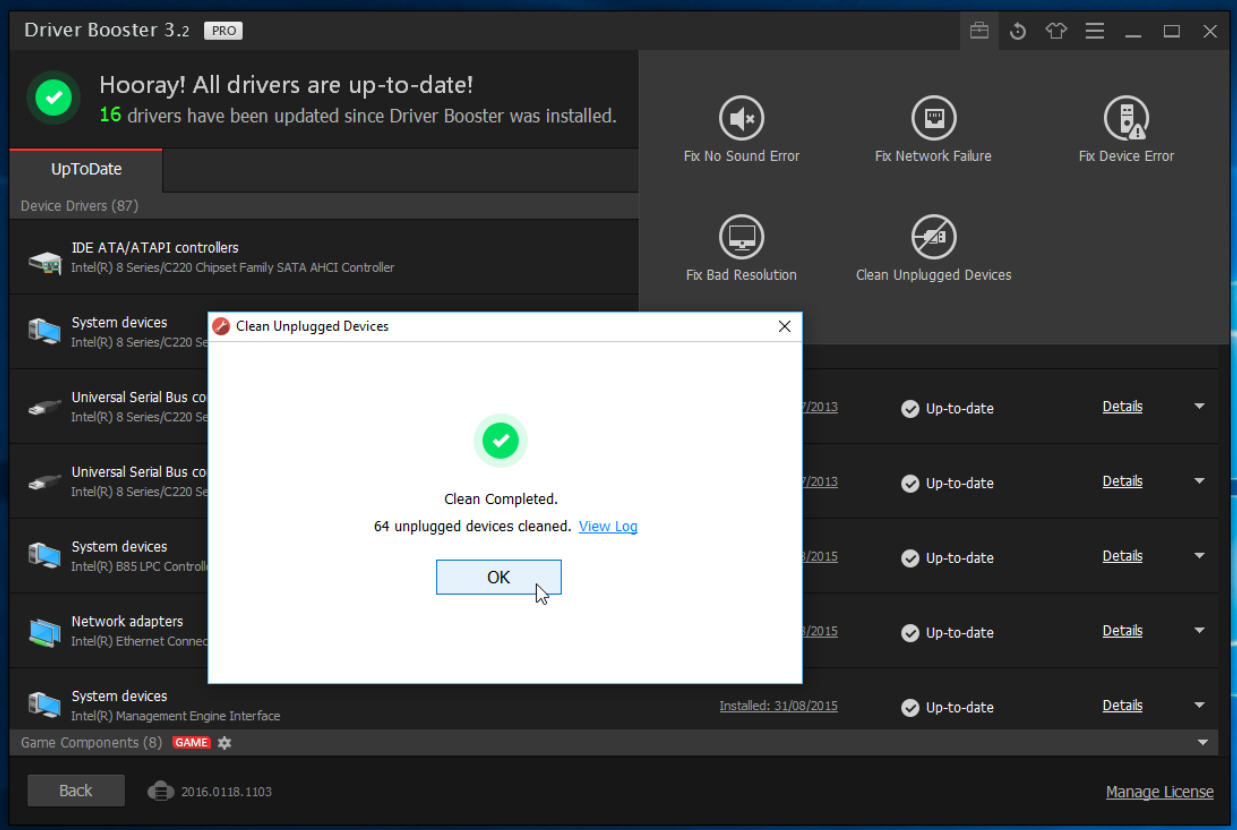 Version 3.2’s headline-grabbing feature is a tool that can fix various device-related errors. It consists of five separate tools for fixing issues with sound, networks, bad resolutions and device errors, plus a tool that can clean out unplugged devices. All five tools are accessible via the toolbox button that appears in the program’s main toolbar.

The program also claims to have improved a large number of unspecified features to enhance the user experience. Another optimization sees the drive download engine tweaked to improve its download success rate.

The driver installation engine has also been upgraded with the promise of delivering both smarter and safer driver updates.

Driver Booster 3.2 also gains a number of driver updates for Realtek Audio ALC8xx, ALC9xx and ALC2xx audio engines, while Intel, AMD and NVIDIA graphics updates have also been implemented. The database also gains an increased number of Windows 10 driver updates across a wider range of devices too.